CAIRO- Egyptian prosecutors on Sunday extended by 45 days the detention of two Canadians on hunger strike more than a month after their arrest during nationwide unrest, their lawyer said. 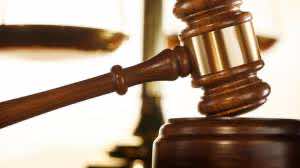 CAIRO- Egyptian prosecutors on Sunday extended by 45 days the detention of two Canadians on hunger strike more than a month after their arrest during nationwide unrest, their lawyer said.

Film-maker John Greyson and doctor Tarek Loubani will remain in custody until prosecutors re-examine their case after the 45-day period, and decide whether to extend their detention again or free them, Marwa Farouk said.

The pair, who were transiting Egypt on their way to the neighbouring Gaza Strip when arrested, have not been formally charged.

They were arrested in Cairo on August 16 amid bloody clashes between security forces and Islamists that killed dozens of people.

The Canadians are being investigated on accusations they share with roughly 600 people arrested that day, Farouk said. All of the suspects are accused of torching a police station and “killings”.

In a joint letter posted on a website created by supporters, the Canadians said they were “slapped, beaten, ridiculed” by police after their arrest and accused of being “foreign mercenaries”.

“We are on the 12th day of our hunger strike at Tora, Cairo’s main prison,” they said in the letter, posted on September 28.

Greyson and Loubani said they had been staying at a hotel near the epicentre of the clashes in Cairo when they decided to see for themselves what was happening.

Loubani tended to the wounded when the clashes started as Greyson filmed, they said. They were arrested later when they asked for directions at a police checkpoint.

Greyson and Loubani had planned to travel to the Palestinian Gaza Strip, where Loubani was to volunteer at a hospital and Greyson intended to film a documentary.

More than 1,000 people, mostly Islamists, were killed when police stormed two Islamist protest camps in Cairo on August 14 and in ensuing clashes.

Police have since arrested more than 2,000 supporters of ousted Islamist president Mohamed Morsi in the crackdown.