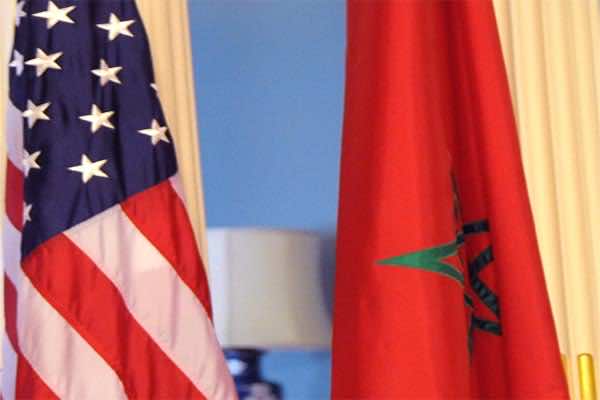 For Moroccan-Americans, engagement is quintessential in ushering an open dialogue with the Moroccan government through a consultative framework to: map the current status of diaspora engagement in Morocco as well as lessons learned and focus areas that ought to be priorities for the Moroccan government based on feedback from Moroccan-American community groups and members.

As the number of Moroccans living abroad increases, the need to bring them under the protection of the constitution becomes essential. This includes promoting the development of an enabling environment for diaspora engagement, including organic law development, virtual participation/contributions and investment in economic development.

Based on a scoping exercise[1]  in the United States, spearheaded by AMLEN in 2013, the findings are as follows:

v  Civic Engagement: Capacity building and technical assistance for Moroccan civil society groups active in the U.S. that can contribute to preserving a Moroccan identity through linguistic, religious and cultural dimensions such as:  Arabic language programs in the U.S. for Moroccan-American youth; religious education to help Moroccan youth counter extremism and help them  grasp and assimilate the purposes of Islam, while raising awareness  about the values of tolerance, moderation, and peace  advocated by Islam. This could also include the initiation of volunteer and civic activities in the wider community through the Embassy structure.

v  Education: Increasing concerns of Moroccan students in America and their difficulty in finding internships; other countries (e.g. Gulf countries official representations in the US) assist their students in connecting with the home country’s administration, and in finding professional training.

Encourage the educational exchange of US-born students of Moroccan descent through well-designed cultural tours to Morocco and summer educational programs.

v  Improving Policies to Boost Diaspora-Led Investment: Breaking the legal constraints to facilitate investments in Morocco and increase understanding of the regulatory framework in the country and its investment infrastructure.

v  Strengthen Economic Ties between Morocco and the United States through the provision of relevant information on investment opportunities in Morocco and  facilitate exchange of  information between Moroccan-American business leaders the economic representation with the diplomatic branches of both nations and the various Moroccan stakeholders, namely:

Ø  Match local entrepreneurs, business owners, and government leaders with their

v  Restoring the trust of Moroccans residing abroad towards the Moroccan government, and defending their interests by promoting their legal and social situation in the U.S. (i.e:  prisoners and single parents should be supported by legal assistance in cooperation with resident country institutions and consular services).  To this end, one of the key roles of the Ministry of Moroccans Residing Abroad which still requires attention is: the coordination—which is currently lacking—between key Moroccan organizations and Ministries working on Moroccan Diaspora issues such as: Hassan II Foundation, Directorate of Consular and Social Affairs (Ministry of Foreign Affairs and Cooperation), Mohammed V Foundation for Solidarity, Diwan Al Madhalim, CCME, CNDH…

Lessons Learned: Institutional arrangements with regards to the engagement of the Moroccan diaspora need to be better centralized through the Ministry of Moroccans Residing Abroad as there is an overlap between the responsibilities of various organizations. In its current state, diaspora engagement is still managed in a dispersed way by organizations and Ministries other than the Ministry of Moroccans Residing Abroad. As such, diaspora-specific issues are still handled by existing institutions that are not always well-equipped to resolve such issues. So, a centralized vision ought to be developed so that the Ministry could become the main interlocutor between Morocco and the diaspora. Particularly, Moroccan government representatives in the U.S. (i.e.: Embassy; Consulate; AMDI…) should enhance their channels of communication with the Moroccan-American community to answer their queries.

v  Parallel Diplomacy & the Role of Moroccan Diaspora: Urgent need to provide technical and financial support to Moroccan diaspora groups to advance Morocco’s image in the US through lobbying for national causes. One example is the Sahara conflict: We would like to recall that for the Moroccan people the question of the Sahara is a matter of the full realization of territorial integrity and the safeguarding of national unity. The role of Moroccan diaspora cannot be overemphasized in this process to advance the Moroccan agenda regarding the Sahara topic.

v  Liaising relationships and bilateral conventions between the home country and the host country/country of residence to ensure the rights of the diaspora are sustained including pension and other retirement benefits which,  in the long run,  would guarantee foreign transfers from the U.S. to the beneficiaries who choose to return to Morocco for retirement.

v  Capacity Building: Members of the community do not have recourse to Moroccan legal advisers to help them with their legal inquiries; the consulates in the U.S., unlike those in Europe, do not have the option to offer legal services to the community; and the Moudawana provisions have been poorly communicated to the Moroccan diaspora in the US, which amounts to inadequate knowledge of their rights and responsibilities in cases of litigation.

v   In this regard, the key issue is the absence of legal mechanisms to enforce the Family Code among the Moroccan community in the U.S. . Our recommendations to improve the application of the Moudawana focus primarily on government actors. Morocco’s Ministry of Justice, in cooperation with the Ministry of MREs, and other relevant Ministries could emphasize  capacity building trainings for personnel in direct contact with the Moroccan communities abroad, such as within consulates, embassies and civil society groups, in order to: familiarize them with the content of the revised Moudawana to provide accurate information to community members seeking it; to assign Ministry of Justice staff to handle the legal requests of the Moroccan community in the U.S.; and to remove the current mandatory rule  that requires the physical presence of spouses in Morocco to handle any marriage or divorce proceedings that took place in Morocco.

Particularly, capacity building to the staff of the Ministry of Moroccans Living Abroad is essential to ensure they are well-informed on the wide-ranging aspects of diaspora engagement in areas such as legal empowerment for Moroccans living abroad. It is crucial to implement capacity building for diaspora groups to be able to provide legal aid services through their associations and add legal aides appointed by the consulates to offer awareness and assistance in settling many legal disputes such as family issues.

The following points capture the necessity to develop agreements and close collaboration between Moroccan and U.S. authorities for the centralization and efficient resolution of a range of family law-related issues, namely:

o   Child support and hold custody issue: The Moroccan Ministry of Justice should share data with U.S. customs services in the cases of “runaway” parents as many are freely circulating in the U.S. without care about child support obligations. In parallel, the US would not issue a US passport for instance to any of its citizen (be it in the US or outside the US) who is found to owe child support. A similar model should be studied in Morocco to ensure proper application and enforcement of judgments tendered by Moroccan courts and judges. In the case of the US, a passport can only be issued once the full payments are received by the other parent.

o   Recognition of documents and judgments: The need to sign bilateral agreements with the U.S. to recognize legal Moroccan documents such as marriage certificates, divorce certificates…One of the main issues reported by Moroccan-Americans is the conflict between the law applied in Morocco and the one applied abroad. This situation is aggravated by lack of information and ambiguity as to which rules apply, all of which lack clear rules of procedure.

[1] Drafting of this document required a thorough examination of different sources. The proposal was organized in a qualitative methodology, namely interviews with members of the Moroccan-American community and reflects the community calls during the 2013 Townhall meetings that the Moroccan Government organized in the US. By using the archival research technique, information was also collected by examining scholarly publications, official government documents as well as text of laws related to the rights of Moroccans living abroad.  This proposal draws on similar initiatives conducted by MRE Groups in Europe (Cap Sud Mre…).