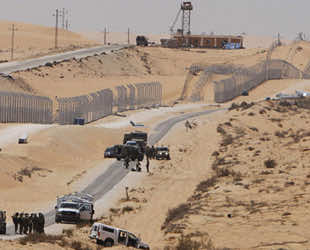 Three Egyptian policemen were killed on Monday in a militant attack on a police station in the restive Sinai Peninsula, a medical source said.

A group of unidentified gunmen showered a local police station with bullets in the city of Arish in northern Sinai, the source said. Police reportedly returned fire before the attackers fled the scene.

A second attack targeted a police station in the Masaeed area in western Arish, eyewitnesses said. It was not immediately clear if the attack left any casualties.

Egypt’s Sinai Peninsula, which shares borders with both Israel and the Gaza Strip, has seen almost daily attacks by unknown gunmen since the July 3 military ouster of democratically elected president Mohamed Morsi.

Last month, 25 policemen were killed in North Sinai in a single attack by suspected militants.

The attacks have spurred the Egyptian army to launch a massive offensive against militant groups thought to be based in the region.