Morocco World News
Home Society Gender issues Marriage: When parents tell you who and when to marry

SIDI IFNI, Morocco - Some people insist that there is a certain amount of sanctity in following one’s parents' choices. They add that whoever follows his or her parents in making decisions, usually turn out to be successful adults. Yet, saying that  parents have the ability to determine their child’s future must mean that they are infallible and that those who go against them are always wrong. 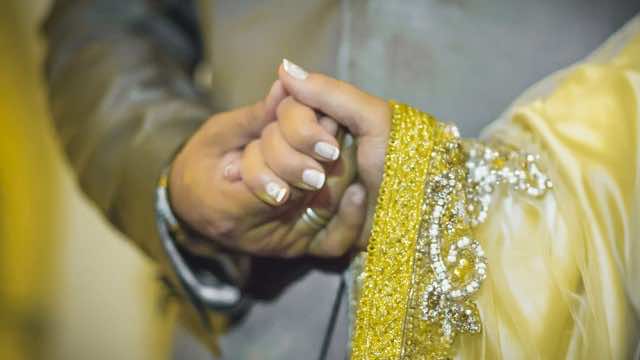 SIDI IFNI, Morocco – Some people insist that there is a certain amount of sanctity in following one’s parents’ choices. They add that whoever follows his or her parents in making decisions, usually turn out to be successful adults. Yet, saying that  parents have the ability to determine their child’s future must mean that they are infallible and that those who go against them are always wrong.

Children are raised to obey their parents with the idea that parents are the most invaluable people that one can enjoy having and accompanying throughout life. Life, too, has given children the right to make up their own minds; it has allowed them to think about their lives. It teaches them to be self-reliant since their parents will depart one day. It teaches them to opt for the choices they think will serve them well. Parents cannot, however, touch their children’s thoughts, nor can they possess or alter their views, opinions and ideas.

Unfortunately, few parents know this. Paulo Coelho, a Brazilian best-selling writer, was once criticized by his parents for not following their choices. Mohamed Choukri, a self-made writer, was considered by Moroccan conservatives to disrespect the notion of father, particularly after criticizing his father in his acclaimed novel, For Bread Alone.

Al Albani, a distinguished Saudi Sheikh, was once thrown out of his home by his father for growing a beard. Parents give birth to children, but they are led astray when they think that they possess every single ‘atom’ of their children.

Think of marriage, for instance. A girl can love a man and aspire to marry him, only to find her parents chose another man for her. A man can love a girl and impatiently wait to marry her, only to hear his parents talking about his marriage with another girl who possesses qualities he himself does not appreciate.

This is why we come across girls marrying men they have not chosen for themselves and men marrying girls they can not bear living with. Parents want to live their children’s’ married lives, and they begin to preach to them on their wedding days. There are even some mothers who conspire with their daughters in enraging the husbands.

Regrettably, homes are filled with badly-matched couples. They don’t choose each other, parents choose them for each other. This is one of the reasons why extra-marital relations are common. It is simply because marriage isn’t based on mutual respect, requited love, and shared appreciation.

They have the right to marry whoever they love and to choose whenever they want to get married. Some may say that parents must be consulted; and, f course, they must be, but if they disagree, they are not to obey.

Some may say that Islam orders us to treat our parents in the most delicate and respectful manner possible. But, Islam says that men must get married the soonest possible to avoid facing temptations. When parents refuse to let their children get married as soon as possible, they are breaking this rule of Islam.

Our beloved Prophet Mohamed insisted on marrying Muslim youth as soon as possible. “O youthful people, if any of you have the means to, he should get married.” Preventing children from marrying when they grow up is a sin, and parents commit the sin, unfortunately. Not all parents do this, but, many of them impose their preferences, choices, decisions on their children. And the latter feel that their life isn’t theirs, but their parents’.

Islam orders us to treat our parents well, to provide them with everything they need, to accompany them wherever they want to go, to help them do things, to run errands for them, to give them money and food, to serve them as kings and queens, to do the impossible to make them happy in life. Yet, Islam does not order children to follow their parents’ choices in choosing a partner, in deciding when to marry, and in choosing a certain mode of life.

I still vividly remember hearing a real story about parents’ intuition from some of my closest relatives. Here it goes: a man decided to apply for a Master’s program in Rabat, but his mother refused to let him go saying that Rabat was too remote. The man disobeyed his mother and traveled to Rabat for his mission.

On his way, he had a serious car accident, which left him handicapped. Upon hearing the news, his family members began to say,  “Oh, you see! You should have obeyed your mother! This is what happens to those who don’t obey their mothers.” Despite the fact that he didn’t do anything against Islam and that he wanted just to pursue his studies, his family continues to criticize his moody behavior.

And if you marry and your parents approve of your marriage, and later break up with your wife, people think of another excuse and say something like, “Oh, you should have chosen another girl. Maybe, something is wrong with your married life.” Why do they blame children’s choices and don’t blame parents’? Parents are so ‘sacred’ in our backward society to the extent that we destroy our lives for things that do not benefit parents themselves.

Our culture destroys us. It tears us apart. It makes us obey when we shouldn’t, and disobey when we should. Our backward culture has led our families to break up and the society to blame the innocent and exonerate the sinners. If you do things that are forbidden in Islam, you are not likely to be criticized.

And if you do things that are obliged by Islam, you are likely to be criticized by everyone. If you court girls, make love with them, and lie to them, your parents, and families, they seal their lips. But, if you propose to a girl as stated in Islam, parents, along with families, begin to criticize your choice and accuse you of being selfish.