London- New York Times Op-ed writer Robin Wright published a chart highlighting the potential for the Syrian conflict to act as a catalyst for sectarian divides throughout the region.

By
Anna Jacobs
-
Anna Jacobs graduated from the University of Virginia with degrees in Government, Foreign Affairs, and French literature.
Oct 1, 2013
Spread the love

London- New York Times Op-ed writer Robin Wright published a chart highlighting the potential for the Syrian conflict to act as a catalyst for sectarian divides throughout the region.

The opinion piece, entitled, “How Five Countries Could Become 14,” illustrates how the instability in the region may be leading to the disintegration of the current Middle East and North Africa map.

The author claims that there could be an acute division among three key groups: the Alwaites, who could potentially take control over coastal areas in the state of Syria; a “Syrian Kurdistan,” which could join together with the majority Kurd population in northern Iraq; and the “Sunni Heartland,” which could unite provinces in Syria and Iraq to form a so-called “Sunnistan.” The withdrawing of the map, according to Wright, could engulf the entire region, including countries in North Africa such as Libya, while encompassing the Levant and the Arabian Peninsula, stretching as far south as Yemen.

Due to the impotence of central authority in Libya, many citizens are focusing on local and regional organization for their support. A history of tribal and regional tensions, coupled with the precarious and divided nature of post-Gaddafi Libya could provoke the disintegration of Libya into two or even three federated states: Tripolitania, in the Northwest of the country and including the cities of Tripoli and Misrata; Cyrenaica, including the eastern city of Benghazi; and potentially Fezan, which might encompass the southwest portion of the country.

Yemen, Wright argues, could revert back to its north-south division, and part of the southern region could even be integrated into Saudi Arabia.

The Kingdom of Saudi Arabia also suffers from internal division as a result of economic troubles and the slow movement of reform, which also often manifests itself through the Sunni-Shia dichotomy.  Thus, “It  could break into the five regions that preceded the modern state,” according to Wright.

In other words, there seems to be a shift towards regional and tribal alliances that predate the modern map of the Middle East, drawn up by the former western colonial power. Wright believes that this change could vary in scope, perhaps largely affecting Syria and Iraq, rather than the entire region.

However he does conclude that, “In the simplest of several possibilities, northern Kurds join Syrian Kurds. Many central areas, dominated by Sunnis, join Syria’s Sunnis. And the south becomes Shiitestan. It’s not likely to be so clean.” 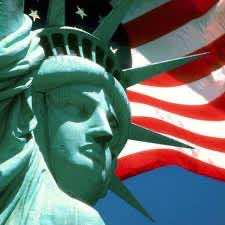