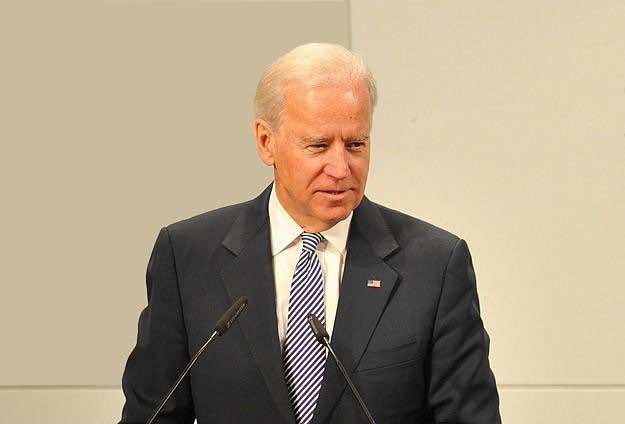 US Vice President Joe Biden Monday outlined the potential dangers of a nuclear-armed Iran, and hailed the recent adoption of a UN Security Council resolution that compels Assad to eliminate his chemical weapon stockpiles.

Speaking at the pro-Israel J Street National Conference in Washington, Biden said that a nuclear-armed Iran would fundamentally alter the strategic framework of the Middle East.

“First, with regard to the threat of weapons of mass destruction, a nuclear-armed Iran would pose an existential threat to Israel, an unacceptable danger to world peace and security, including the likelihood of a nuclear arms race in the Middle East, making everyone less secure. That’s why the president rallied the whole world, even though skeptics thought it would not work, to get a UN Security Council behind the most effective sanction regime in all of history to make it absolutely clear that we will not tolerate a nuclear-armed Iran,” he said.

Moreover, Biden said that US-led sanctions on the Islamic Republic have “had a profound impact on Iran’s economy, and they have crystallized for the Iranian people as well as the leaders leadership that they have to make a very basic decision: Do they want to continue deepening international isolation and all the negative consequences that flow from that, or do they want to negotiate their way back into the global economy and the global community?”

Beyond Iran’s nuclear program, Biden added that the region continues to face the challenges posed by weapons of mass destruction.

“And by the way, it’s not just Iran’s nuclear program we’re concerned about, but it’s all weapons of mass destruction, including the enormous stockpile of chemical weapons in Syria with which Assad launched an unconscionable attack on his own people.”

He added, “On Friday, after much negotiation on the part of our UN ambassador, Russia voted for a UN Security Council resolution legally binding Syria to remove and to store its chemical weapons, with consequences, should they fail. Now it has to be enforced, but now we have for the first time the whole world on record as saying it must be enforced.”