NEW YORK - At least 33 people were wounded in a collision of two trains in the Blue Line in Forest Park in Chicago, US on Monday. 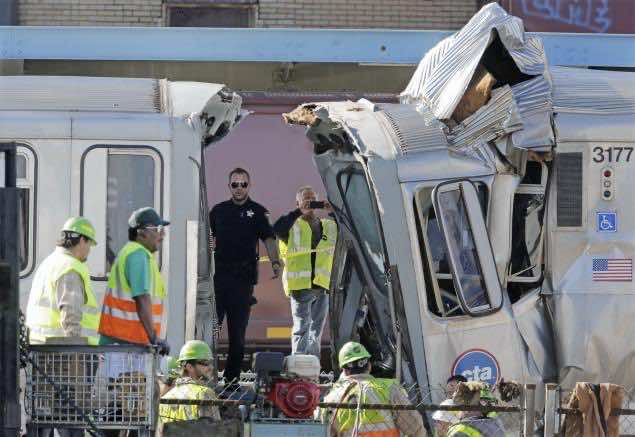 NEW YORK – At least 33 people were wounded in a collision of two trains in the Blue Line in Forest Park in Chicago, US on Monday.

The accident happened around 8 a.m. when a train stopped at the Harlem station was hit by an out-of-service train going the opposite direction n the same track, officials said.

The injured people were dispatched to various area hospitals in neighborhood.