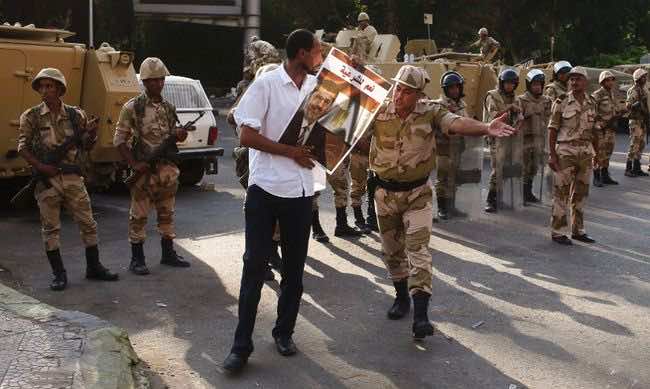 “The three men were arrested last week. They were carrying posters with the slogan of Rabaa,” he told AFP.

“The state security court charged the suspects on Monday with acts the government does not approve that would harm Jordan’s relations with a brotherly Arab country,” the official said.

“One of the suspects was accused of insulting heads of states. The authorities found text messages on his mobile phone’s Internet messenger application WhatsApp that insult the Jordanian regime and other regimes.”

The three face up to three years in jail if convicted, the official said, adding that the court refused to release them on bail.

Jordan was among the first countries to welcome the July 3 military coup ousting Morsi, which was strongly condemned by the kingdom’s Muslim Brotherhood.

King Abdullah II, who himself faces challenges at home from Islamists, was the first head of state to visit Egypt, 17 days after the  coup.