Rabat- Moroccan Ghosts, a politically motivated hacker group responsible for conducting hacking attacks on several key Israeli and French websites has been reported to launch a cyber-attack of a massive scale against sensitive Algerian websites last week, according to the Moroccan daily Al Khabar. 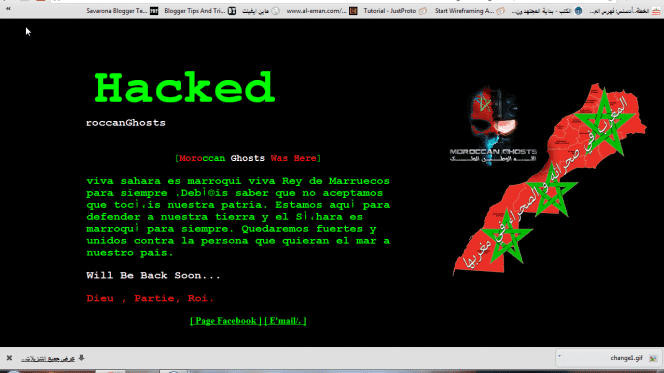 Rabat- Moroccan Ghosts, a politically motivated hacker group responsible for conducting hacking attacks on several key Israeli and French websites has been reported to launch a cyber-attack of a massive scale against sensitive Algerian websites last week, according to the Moroccan daily Al Khabar.

The Moroccan Ghosts have left an image of the official Moroccan map with the expression “ The Sahara is Moroccan” on 160 websites belonging to the Algerian government.

The hacker group attacked websites of key Algerian institutions such as the national television, the stock market, the national mail and also websites of governmental departments, including the Ministries of Culture, Finance, and National Security. 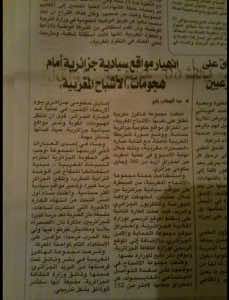 The hacker group urged the Algerian government to respect Morocco’s sovereignty, and showed its “readiness to defend the territorial integrity of the country, teach a lesson to Algeria by taking down websites of more critical importance.”

Moroccan Ghosts are not new in the business. The group is well-known for conducting operations of electronic “Jihad” against countries whose policies are affecting directly the Muslim world.

In 2012, they launched an attack against a server in America that hosts 50 Jewish congregational websites claiming it was an attack on “extreme Zionist assemblies that support Israel in the US.”

They have also hacked and defaced 52 Israeli website with great importance and left an image of a burning Israeli flag and a message saying: “ Israel!! you have to know that the more you stay in Palestine, the oppression will be finished and as soon as possible we will release Palestine and tomorrow is near”. 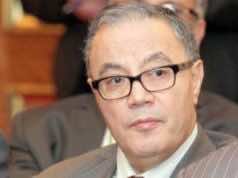