CASABLANCA - Gender segregation is conceived of dissimilarly depending on which vantage point one adopts when approaching it. In religion, the separation of sexes has been subject to unsettled debate between fundamentalists, who approve of such practice, and moderates who see no necessity for this practice. 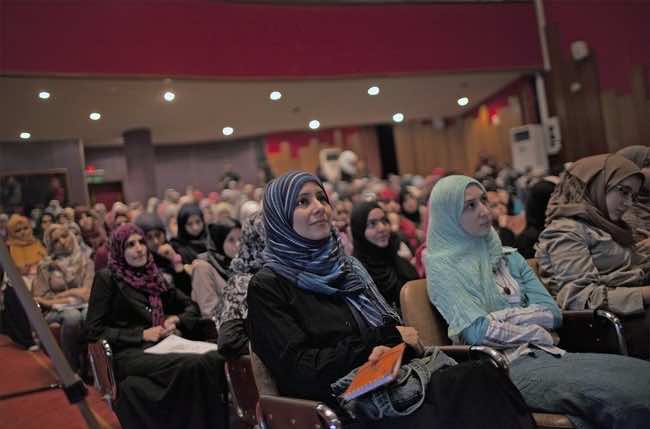 By
youssef sourgo
-
Youssef Sourgo is currently a Master’s student in Linguistic and Literary studies at Ain Chok Faculty of Letters and Humanities.
Oct 1, 2013
Spread the love

CASABLANCA – Gender segregation is conceived of dissimilarly depending on which vantage point one adopts when approaching it. In religion, the separation of sexes has been subject to unsettled debate between fundamentalists, who approve of such practice, and moderates who see no necessity for this practice.

In Islam, the same debate persists. Fundamentalists, who refer back to the earliest sources of Quran and Hadith, see in the separation of sexes an unwavering necessity. Moderates, or less conservative Muslims, do not consider gender segregation a requirement in Islam.

The debate involves varying parties, which are, to varying extents, concerned with the repercussions of gender segregation. In education for example, gender segregation is either approved of or rejected for various reasons.

Apart from religion, those who approve of gender segregation in educational institutions mostly deem this practice a pedagogical strategy that boosts each gender’s performance in class and guarantees less distraction. Hence, the separation of sexes in educational institutions is not always motivated by religious convictions. On the contrary, those who disapprove of gender segregation label it as one of those backward, traditionalist practices that impede development in all domains.

In Morocco, gender segregation is generally debated within the sphere of religion. It is usually described as a practice that rhymes with Wahabists’ fundamentalist beliefs. Wahabism itself has become an appellation with negative connotations. The “negativism” that roams around Wahabism is generally explained by how the movement’s beliefs clash against contemporary, humanist aspirations for unconditioned development, in which both genders are positioned on an equal scale of importance.

Recently, the online news outlet Goud published an article that sheds light on the manifestation of gender segregation in educational institutions in Morocco. According to the article, the Dean of the Faculty of Letters Ain Chok, Casablanca, approved the separation of sexes during the entrance exams of the Master’s programme in Islamic Theology.

A professor at the faculty, whose identity Goud kept anonymous, testified that the administration at the faculty approved of the separation applicants based in their sex. A list of applicants’ names published by Goud affirmed the practice of gender segregation during the entrance examinations.

The MA programme, which resorted to gender segregation during the entrance exams, is affiliated with the Department of Islamic Studies, whose administrators view this practice as an attempt to administer scientific fields in a higher education institution by means of ideology instead of scientific principles, which rejects separation and its inherent hierarchy in all its genres, be it racial, gender, religious, etc.

This practice at Ain Chok Faculty has been associated with the Wahabist Movement, which, according to what the same professor told Goud, “has discretely slipped into higher education institutions without the State’s knowledge.”

MWN went to the Faculty of Letters Ain Chok to elicit impressions on the matter. “I don’t get what gender segregation would add to the examination process?” Ali, a student in the French department, told us. “It does not really add a thing in my opinion. Girls and boys would perform the same either separated or put together in one exam room,” he added.

“I personally think that gender segregation would make sense in Morocco, since we are supposedly an Islamic nation predominantly,” stated another student from the Islamic Studies department. “The MA programme’s administrators in our department must not have done this randomly. There must have been a long list of convincing reasons behind such decision.”

MWN also asked the opinion of people outside Aink Chok Faculty of Letters. “I can’t believe this sort of phenomena still exists in Morocco—and where? In a Higher Education institution?” stated a Taxi driver astonishingly.

“I think this is an exaggeration. If mixed-gender classes provoke problems that encumber the education process, then it is not necessarily because of gender,” a retired primary school teacher told MWN. “Religious adherence and education are the ones to be segregated. Look at the West! Religion is a recognizable part of their day-to-day life, but there are places in their society where neutrality in all aspects is key to development and success,” he further argued.

However, the daunting speculation in this matter seems to be that gender segregation—the one that is motivated by religious fundamentalist ideologies—would take over the educational sphere in Morocco, impeding the State’s aspirations for a development that includes all members of society, regardless of their religious, ethnic, racial, gender and social differences.