Saudi Arabia has cancelled its address to the U.N. General Assembly citing the international body’s inability to resolve pertaining issues to the Arab and Islamic world. 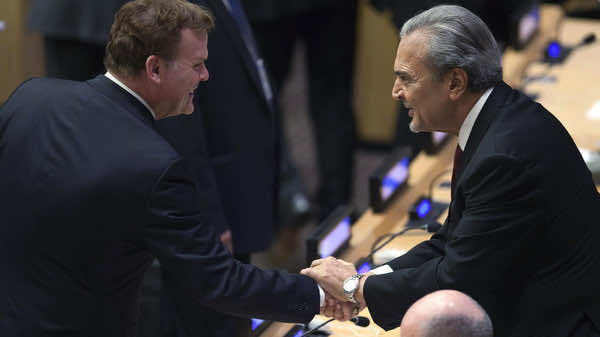 Saudi Arabia has cancelled its address to the U.N. General Assembly citing the international body’s inability to resolve pertaining issues to the Arab and Islamic world.

Diplomatic sources said to Al Arabiya that the Saudi decision to cancel its speech at the United Nations General Assembly for the first time in history, reflects the kingdom’s dissatisfaction with the position of the United Nations on dealing with the Arab and Islamic issues, particularly the issue of Palestine that the U.N. has not been able to solve in more than 60 years, as well as the Syrian crisis.

Jamal Khashoggi, a Saudi journalist and political analyst, said: “Saudi Arabia is worried about Syria and senses that the U.N. Security Council, with its recent resolution, is taking Syria into a dark tunnel of endless negotiations and procedures to disarm Assad from his chemical weapons, neglecting the Syrian crisis taking place now.”

Khashoggi noted that the Saudi move was aimed to pressure the United Nations and possibility build a coalition of countries that seek a more serious approach by the international community to the issues of the Muslim world.

“Saudi Arabia is a leading country in the GCC and could urge the GCC countries to take a similar position. In addition to that, Arab countries usually turn to Saudi and adopt its position and vision when it comes to critical issues. Even Iran could stand with Saudi in that regard,” Khashoggi added.