RABAT - Hamid Chabat, the Secretary General of the Independence Party and the Mayor of Fez city,  Criticized Mr. Abdelilah Benkirane Morocco's Head of Government and accused him of lying and hypocrisy. 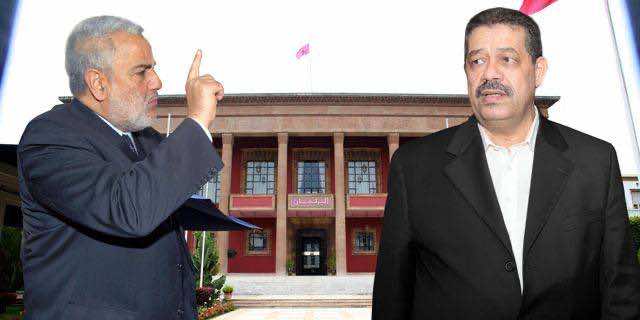 By
Loubna Fouzar
-
Loubna Fouzar is a photographer and journalist student in 3rd year at ISIC.
Oct 3, 2013
Spread the love

RABAT – Hamid Chabat, the Secretary General of the Independence Party and the Mayor of Fez city,  Criticized Mr. Abdelilah Benkirane Morocco’s Head of Government and accused him of lying and hypocrisy.

On the occasion of the Independence Party’s nomination for one of the constituencies of Fez city to the House of Representatives, the lower Chamber in the Moroccan Parliament, Hamid Chabat said that “the Ministers of the ruling Justice and Development Party are lying to the Moroccan people and selling them dreams.”

Hamid Chabat explained the reasons that pushed the Independence Party to withdraw from the government last May were due to the arbitrariness and the haphazard decisions made by Abdelilah Benkirane, leading the coalition to a dead end.

“It is the first party to withdraw from a Government in the history of Morocco,” said Hamid Chabat.

He also criticized the economic policies the coalition Government of Benkirane enacted, including the increase in fuel prices.

“The Independence Party did not agree on this increase,” said Mr. Chabat, considering the high increase in prices as “a red line that cannot be crossed.”

“We reject the lies because we always were in perfect clarity with the popular masses and their struggles,” he said, making himself and his party the protector and the savior of Moroccan people.

“Moroccans had great hopes in the “Muslim Brotherhood.” “We are all Muslims, and this Muslim Brotherhood, in reference to the PJD, are the enemies of Islam,” he noted, adding that “they don’t reflect the principles of Islam such as honesty.”

“Moroccans elected the Justice and Development Party because they had great hopes that the current government will defend the interests of people from all walks of life. Yet for some reason, the government’s decisions were not as expected, and put the country in a spiral of increasing prices of raw materials and exhausted the shoulders of ordinary citizens” said Hamid Chabat.