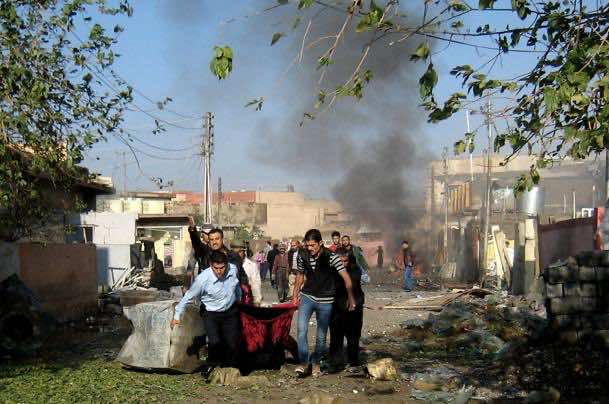 A series of bomb attacks killed at least 11 people and wounded 30 others on Wednesday in the recent wave of sectarian violence in Iraq.

Car bombs went off in three districts of capital Baghdad.

No group has yet claimed responsibility for the attacks.

A separate attack on Tuesday that targeted a bomb disposal unit of the Interior Ministry killed four police officers while injuring eight others in Salahuddin province.

Approximately 6,000 Iraqis were killed since the start of 2013, according to the independent monitoring web site Iraq Body Count.

Escalating sectarian killings in Iraq is a gruesome reminder of the violence back in 2006 and 2007 which brought the country to the brink of a civil war.