MOSCOW- The two leaders to discuss a number of topics including Syria in Indonesia's Bali on October 7. 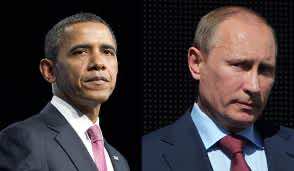 MOSCOW- The two leaders to discuss a number of topics including Syria in Indonesia’s Bali on October 7.

Russian President Vladimir Putin and US President Barack Obama may have a bilateral meeting at the upcoming Asia Pacific Economic Cooperation (APEC) Summit in Indonesia’s Bali on October 7.

“This was our proposal, which was taken up immediately by the American side,” Putin’s foreign policy advisor Yuri Ushakov told a press briefing  on Thursday. “We think that the meeting will take place.”

The two leaders will discuss a number of topics including Syria, Ushakov said.

Putin and Obama had met briefly at the G20 summit in Russia’s St. Petersburg in September.