Washington- Lalla Soukaina’s long-anticipated nuptials will take place on October 4th  in Rabat, according to an exclusive report by le360. 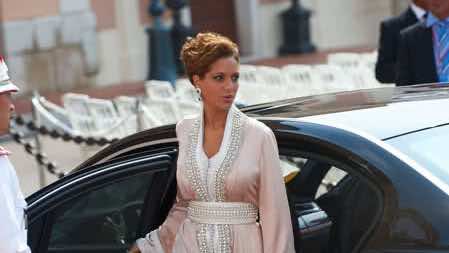 By
Nadia ELBOUBKRI
-
Nadia Elboubkri is a graduate of Temple University where she holds a Bachelor of the Arts in Political Science with a focus on Middle Eastern studies and political economy.
Oct 3, 2013
Spread the love

Washington- Lalla Soukaina’s long-anticipated nuptials will take place on October 4th  in Rabat, according to an exclusive report by le360.

Princess Lalla Soukaina, 27, spent her childhood as a very close grandchild to her grandfather– the late King Hassan II, who organized for her fairy parties, including for her birthday.

As highlighted by the daily Le Temps, Lalla is the only one of Hassan II’s grandchildren to receive the title of Princess, which “creates “a tremendous fascination with the Moroccans,” said the weekly magazine, says le Temps.

And her marriage is no less fascinating: “Everyone inserts their two cents,” says le Temps. “Some speak of a grand party hosted by international stars and big names in Arabic music where handpicked guests will attend, among them, the crowned heads of state… Others suggest the possibility of a family wedding party where only relatives and closest friends will be invited, “said the newspaper.

The Lalla Soukaina and Rereagui’s marriage is certain to be closely followed by the Moroccan people, as their romance was also closely observed. Both Regragui and  Lalla Soukaina were raised in Rabat. Regragui comes from an affluent family, his father was a businessman and close adviser to King Hassan II. 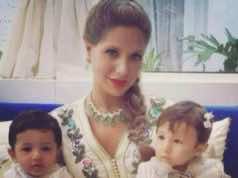