ANKARA – Experts say that the US will overcome the ongoing shut down crisis but she will face it again in one or two years due to the failure in return arithmetic of the debts. 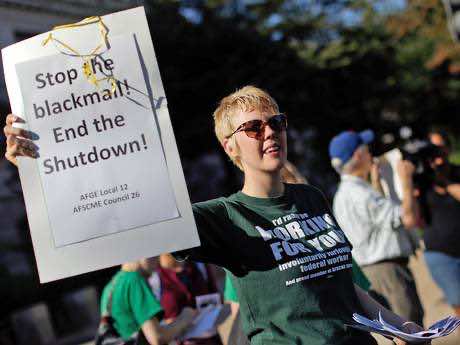 ANKARA – Experts say that the US will overcome the ongoing shut down crisis but she will face it again in one or two years due to the failure in return arithmetic of the debts.

The US government began a partial shutdown after the two houses of Congress failed to agree on a new budget because the Republican-led House of Representatives insisted on delaying President Barack Obama’s healthcare reform – called Obamacare – as a condition for passing a bill.

A similar shut down happened during the Bill Clinton’s era in 1995 and lasted for 21 days. Experts do not expect this shutdown crisis to last that much long and the US seems to overcome the crisis currently but it is possible to witness another shut down crisis in one or two years.

Speaking to Anadolu Agency, Prof. Murat Yulek, at Istanbul Trade University, said on Thursday, due to the failure in catching the debt return arithmetic it is possible for US to experience the same crisis in coming years. “In the debt return arithmetic of the US, the only way to prevent the US run up is to keep the interest rates as low as possible. But the US is pushing the debt ceiling up which will not solve the problem and give way for a similar crisis to show up. Besides, the debt dynamics are working against the US,” said Yulek.

Underlining that US shut down will not have an impact on Turkey Yulek said: “Since the crisis is based on a political dispute and both Republicans and Democrats will in the end come to the same point, this crisis will not have a deep global impact. However, the important point to attract attention to is the growing public debt of the US which has touched 20 trillion dollars.”

On the other hand, Toronto Dominion Securities US strategist Gennadiy Goldberg, concering the issue said on Thursday that a long lasting shut down would slow down economic recovery because it will affect consumers and business confidence.

Goldberg also stated that he does not expect the crisis to last long.