Fez- Two Moroccan sisters managed on Wednesday to swim across the strait of Gibraltar, according to the Gibraltar Swimming Association known by its Spanish acronym as ACNEG. 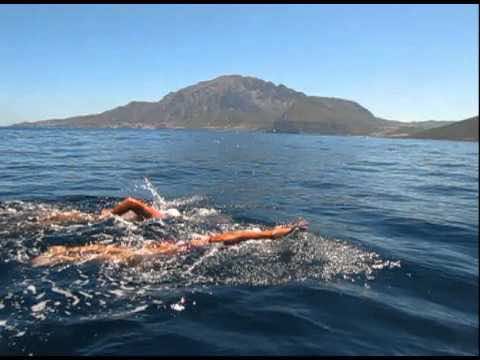 Fez- Two Moroccan sisters managed on Wednesday to swim across the strait of Gibraltar, according to the Gibraltar Swimming Association known by its Spanish acronym as ACNEG.

The two sisters, Sara (26) and Fadwa El Bakri (30 years) arrived at Punta Almansa, Morocco, after 5 hours and 7 minutes of swimming.

According to the Spanish news agency EFE, this is the first time in history that two Moroccan athletes achieve this feat, after more than 800 officially failed attempts.

Initially the attempts was made by Sara and Fadwa in addition to their sister Mouna, who was obliged to give up after she suffered frequent vomiting.