RABAT - The shutdown of the U.S. government is "momentary" and does not change the U.S. commitment to Asia or elsewhere, Secretary of State John Kerry told reporters in Bali on Saturday. 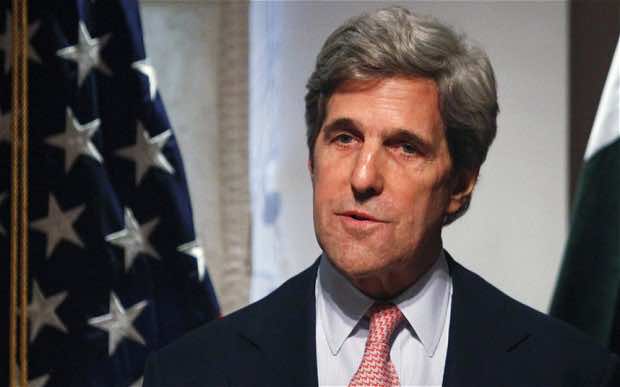 By
Loubna Fouzar
-
Loubna Fouzar is a photographer and journalist student in 3rd year at ISIC.
Oct 5, 2013
Spread the love

RABAT – The shutdown of the U.S. government is “momentary” and does not change the U.S. commitment to Asia or elsewhere, Secretary of State John Kerry told reporters in Bali on Saturday.

Secretary of State John Kerry warned that a “prolonged or repeated” political crisis in Washington could weaken the U.S. globally while peaking at the Asia Pacific Economic Cooperation forum on the island of Bali in Indonesia.

Kerry is acting as stand-in for President Barack Obama who cancelled his Asia tour, including the Indonesian resort island of Bali for a meeting of Asia-Pacific leaders, because of the stalemate in Washington over the government shutdown.

It’s the third time since 2010 that Obama has cancelled an Asia trip, all because of domestic political crises.

“This is a momentary impact, obviously if it’s going to be prolonged or repeated people would begin, I think, to question the willingness of the United States to stay the course or its ability to, but that’s not the case and that will not be the case,” said Kerry during a press conference on the eve of the opening of the APEC summit (Asia Pacific).

Kerry said, “Don’t think that this temporary incident in U.S. policy means something more than being a moment of politics. This is an example of the toughness of democracy.”

For reference the leaders of the 21 Asia-Pacific Economic Cooperation (APEC) member countries are due to hold talks starting Monday (October 7), which will include discussions on trade, regional security and other issues.