TRIPOLI - The US capture of a senior Al-Qaeda militant in Libya is an embarrassment for the fledgling government and could spark the wrath of the volatile country's Islamist extremists. 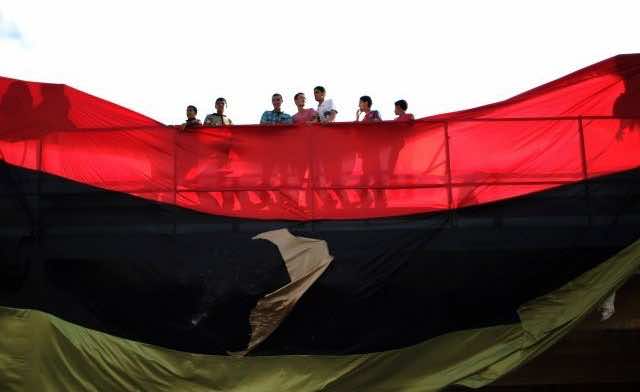 TRIPOLI – The US capture of a senior Al-Qaeda militant in Libya is an embarrassment for the fledgling government and could spark the wrath of the volatile country’s Islamist extremists.

Libyan authorities insist they were unaware of the special forces operation that captured Abu Anas al-Libi, an Al-Qaeda operative indicted in the 1998 bombings of US embassies in Africa.

Libi was seized on the streets of Tripoli and whisked out of the country early on Saturday.

The authorities have been struggling to assert control over the countless militias that emerged during the 2011 uprising against Moamer Kadhafi, many of which have refused to disarm and effectively control much of the country.

The militias include hardline Islamists who have long accused the post-Kadhafi government of being too close to the West.

“The Libyan government has been following the reports of the kidnap of one of the Libyan citizens wanted by the authorities in the United States,” a government statement said.

“As soon as it heard the reports, the Libyan government contacted the US authorities to demand an explanation.”

Mohamed al-Yassir, president of the National Security Commission, the country’s highest security body, confirmed to AFP that it had not been informed about the raid.

“Whether they were informed or not, in either case this is a catastrophe for the authorities and the sovereignty of the state,” Libyan analyst Issam al-Zubeir wrote on his Facebook page.

A source close to Libi said he was “kidnapped” on Saturday while returning from dawn prayers.

As he tried to park his car outside his home three vehicles surrounded it and masked men jumped out, shattering the driver’s side window and pulling Libi out with “extreme rapidity”, the source said.

The Pentagon later confirmed the operation, which capped a decade-long manhunt for one of the last remaining high-level operatives from the core terror network established by Osama bin Laden in the 1990s.

The source said Libi had returned to Libya after the outbreak of the revolt against Kadhafi and would have fought alongside the rebels who ousted the longtime dictator with NATO air support.

The 49-year-old was married with a daughter and three sons, one of whom was killed in a battle with pro-Kadhafi forces when the rebels entered Tripoli in October 2011, the source said.

The source described Libi as a quiet man who kept to himself, rarely leaving his house except to attend prayers at the local mosque.

Up until his capture he dressed in the Afghan style of radical Islamists, the source said.

Libi, a computer specialist, had left Libya during the early 1990s, when Kadhafi cracked down on Islamist groups, to join Bin Laden’s fledgling terror organization in Sudan.

He later followed the group to Afghanistan before securing political asylum in Britain in 2000.

When a US court indicted him in connection with the 1998 embassy bombings in Kenya and Tanzania — which killed more than 200 people — he fled to Pakistan, the source said.

Reactions to his capture on Libyan social media were mixed, reflecting the divide in the country between Islamists and their secular opponents.

One observer said US operations were “the only solution to curb the rise of extremist groups”, given the weakness of the post-Kadhafi state.

Islamist commentators meanwhile accused Prime Minister Ali Zeidan of being an “agent in the pay of the West”.

Barely a day after Libi’s arrest, a Facebook page entitled “United States, we are all Nazih al-Raghie,” referring to Libi by his real name, had gathered 500 followers.

“The capture of Abu Anas in Libya will cost the state. And when it does, do not blame us for being terrorists,” one person wrote.

“Every intelligence [service] in the world operates in Libya, except for Libyan intelligence,” quipped another.