NEW YORK - World Bank needs reform as it increasingly resembles a fragmented entity despite a uniform concept of work being expected from it. 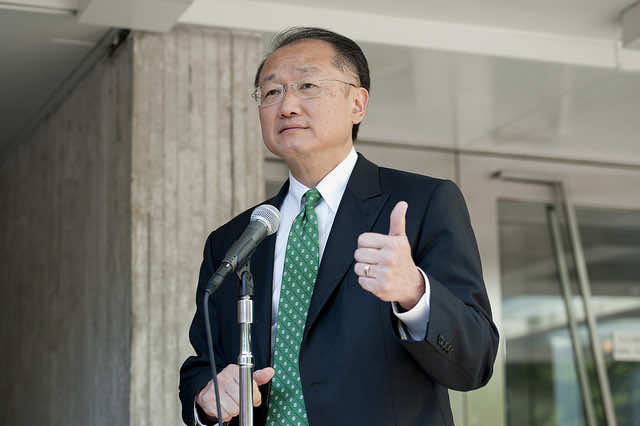 NEW YORK – World Bank needs reform as it increasingly resembles a fragmented entity despite a uniform concept of work being expected from it.

World Bank (WB) President Dr. Jim Yong Kim wants to thoroughly reorganize the bank which has not undergone a transformation over the last two decades, before it’s too late, the New York Times reported on Sunday.

The NY Times says, “The reorganization, the first in nearly two decades, is meant to encourage collaboration across the sprawling, Balkanized and in some cases demoralized bank.”

According to the same source, Kim has planned “a sweeping reorganization.” In the 1990s then WB President James Wolfensohn wanted to make the World Bank a “knowledge bank”.

Kim expressed that he wants the WB to become a “solutions bank” and to be able to offer “lending or grants, consulting and technical expertise.” He will present his plan at the bank’s annual meetings at the end of this week. The meeting will be held jointly with the International Monetary Fund.

The World Bank is a highly diversified financial institution which provides services, from infrastructure loans to health grants and budget advice, but it “was in danger of becoming a series of regional banks rather than a world bank,” Kim said in the interview with NY Times.

The bank’s operations are mostly organized country by country and region by region.

However, many of the bank’s different projects and funds could be cut, including “agriculture, education, energy, health and nutrition, and trade and competitiveness.”

There are many other reasons for the urgent World Bank reform as the global financial institution increasingly resembles a fragmented entity despite a uniform concept of work being expected from it.

It also seems the World Bank is not the best environment for performing such an internal job . A survey recently conducted within the World Bank show their 10,000 workers in more than 100 countries – including Turkey – carry a “culture of fear” and a “fear of risk. According to the NY Times, WB  is also a “terrible environment for collaboration.”

Still the development institution lends more than $30 billion a yea and conducts more than a thousand projects around the world.

Kim, “the genial American physician,” ambitiously took over as the President of the World Bank in 2012. He has nothing to hide, because he wants to achieve something called real progress.

Thus, Kim publicly expressed the danger presented by the internal culture of fear and risk free  “entrepreneurship” with the structural organization potentially jeopardizing the WB’s proclaimed goals of eradicating extreme poverty by 2030 and ensuring inclusive growth.

The United Nations has also prolonged its execution of its most important MDG (Millennium Development Goals) – the eradication of poverty – from 2015 to decade and a half later.

In the meantime, developing countries are not merely waiting for the UN or World Bank. Data shows that almost 75 percent of the world’s most impoverished population lives in fast-growing middle-income countries like China and India.

Five of those countries have already formed the non-formal economic alliance called BRICS: Brazil, Russia, India, China and South Africa. They now compete with the World Bank with the establishment on their own development bank.

Turkey is among the largest partners of the World Bank Group (WBG). According to the WB official page, Turkey’s Gross domestic product (GDP) is $735 billion while its per capita income nearly tripled in less than a decade.

The World Bank is financed by its 188 member countries. Its data claims it “maintains a regular policy dialogue on structural policies to boost sustainable and inclusive economic growth” with its members.

– Bureaucracy may pay the price

Kim also recognized WB reforms could bring some hampering challenges on the road when it comes to the “bank’s bureaucracy.” The WB President said his reform proposals faced some mixed responses among employees with some “welcoming the plan and others voicing concern”.

However, experts interviewed by the NY times said they expected the World Bank transition would indeed focus on internal matters and might “change the pathways of power within the bank.”

According to the NY Times, Kim said he would look “outside the organization for the right practices,” to see whether restructuring works for the WB bureaucracy. But it seems not everybody will be happy with the changes.

An American civil servant at the WB who spoke on the condition of anonymity told the NY Times a “lot of people aren’t going to be happy about it.”

Others said the reforms must go on.