RAMALLAH - Settlers attempted to torch the mosque and set fire to two cars as attacks on Palestinians in the occupied West Bank become increasingly frequent in recent months. 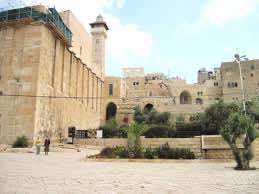 RAMALLAH – Settlers attempted to torch the mosque and set fire to two cars as attacks on Palestinians in the occupied West Bank become increasingly frequent in recent months.

A group of extremist Jewish settlers on Monday scrawled anti-Islam slurs on the wall of a mosque in Beit Iksa, a Palestinian village northwest of Jerusalem, and torched two Palestinian-owned vehicles.

He added that settlers had also written vengeful comments in Hebrew on the walls of the local mosque.

They also drew a Jewish Star of David on the wall of the mosque, along with comments insulting the Islamic faith and Prophet Muhammad, Ghaith said.

He added that the settlers had attempted to torch the mosque but had fled after finding Palestinians worshippers inside.

Attacks by Jewish settlers on Palestinians in the occupied West Bank have become increasingly frequent in recent months.

The attacks have recently begun taking on new forms, including breaking into Palestinian villages and vandalizing Palestinian property.

Settlers also often pelt Palestinian residents with stones and sometimes even shoot at them with firearms.

Most such attacks occur in villages located close to Jewish-only settlements.

No settler groups or Israeli officials were immediately available for comment on the issue.