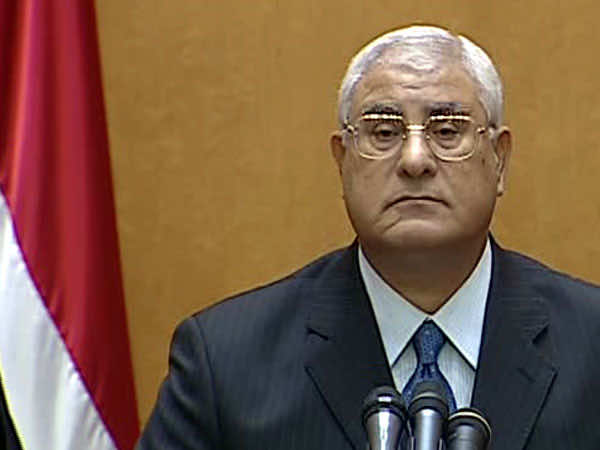 Saudi Arabia, which along with other Gulf monarchies has long seen Morsi’s Muslim Brotherhood as a threat, embraced his July 3 overthrow and quickly pledged financial aid to the military-backed authorities.

Crown Prince Salman bin Abdulaziz received Mansour, who arrived in the Red Sea city of Jeddah on his first official trip abroad since he replaced Morsi, who was Egypt’s first freely elected leader.

“Visiting the kingdom was a must, as I had to thank the custodian of the two holy mosques (King Abdullah) personally on his supportive stances that comforted the Egyptians,” Mansour told the Saudi daily Asharq al-Awsat.

King Abdullah, whom Mansour is set to meet later on Monday, was the first foreign head of state to congratulate Egypt’s interim president hours after his appointment in July.

Riyadh had also announced an aid package of $5 billion to Egypt.

The Saudi monarch in August pledged his country’s support to Egypt’s fight on “terrorism,” saying it was the military-backed government’s “legitimate right.”

The Cairo regime had said it was confronting a “malicious terror plot” by the Muslim Brotherhood.

In his interview with Asharq al-Awsat published Monday, Mansour hailed the kingdom’s support to his government at a “time when many Arab states took a reserved stance or adopted the opposing view naming what happened a ‘military coup.'”

The on-again off-again Gulf rivalry between Saudi Arabia and Qatar saw them back opposite sides in Egypt’s turmoil, with Doha supporting Morsi and condemning the subsequent crackdown on his supporters.