RABAT- A lot of people follow news about celebrities converting to Islam, especially in the Arab world. But mostly, we find out that they were rumors. In such cases, deceptive news negatively affects the image of Islam, since Islamophobes exploit the opportunity to vilify Muslims. 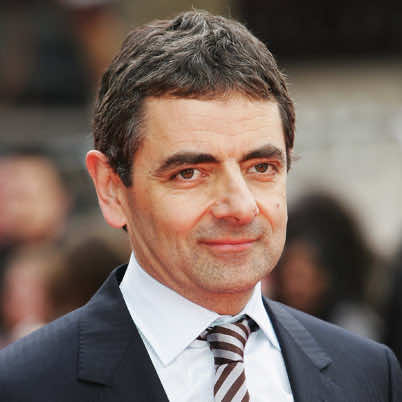 RABAT- A lot of people follow news about celebrities converting to Islam, especially in the Arab world. But mostly, we find out that they were rumors. In such cases, deceptive news negatively affects the image of Islam, since Islamophobes exploit the opportunity to vilify Muslims.

Most news sites and Islamic pages publish these false news stories on the social networking sites, without verifying their authenticity.

As a result, hoaxes spread like wildfire. Unfortunately, very few readers check the authenticity of news and demand of the editors to prove the veracity of their information. In turn, the majority acclaim these news stories as true.

Rowan Atkinson, the British actor known for his silent acting through the character of “Mr. Bean,” converted to Islam, according to several news clippings that have sprung up in many Arab sites. The latter confirmed his conversion to Islam, and showed how he converted after watching an offensive American movie of the Prophet Mohamed.

The news of the comedian’s conversion to Islam, was reported on some news sites, with a video that does not show in any form, that “Mr. Bean” became a Muslim, but show only the actor lifting the finger of his right hand like Muslim people do.

This evidence is not reliable in confirming the truth of the story, not to mention also the absence of any reference to the news of his conversion to Islam in international media, or even his personal website.

These hoaxes have their repercussions certainly on religion first and journalistic work second. Many of the anti-Islam spokespeople find, on such occasions, the opportunity for insulting Islam and Muslims, and be dismissive of them for believing such news and publishing them without checking even their credibility, in addition to accusing them of begging celebrities to become Muslims, as if Islam needed them to be more glorified.

The editors of these Web sites and Islamic pages who spread such rumors, find themselves accused of lying and slandering.

The spread of false news is a debauchery according to Quran and the Sunnah, which teach Muslim to be truthful and honest, honesty being one of the cornerstones of faith.

In journalism, the dissemination of false news is, without a doubt, an unforgivable mistake in relation with journalistic norms. The latter oblige a journalist to investigate the truthfulness of information through contacting close sources, or contacting the person concerned, to obtain a personal confirmation of the news about him/her, especially  if the false news could affect a community or a religion.

The willingness of some Muslims to show the greatness of this religion, through the dissemination of news about western celebrities being converted to Islam, does not serve Islam. It rather results in staining the image of Muslims across the world, and may result in spreading hatred towards  this religion.