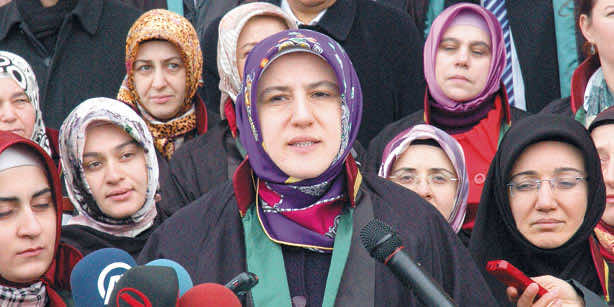 A regulation that allows civil servants to wear headscarves in government offices went into effect on Tuesday after being published in the official gazette.

Lifting the headscarf ban was among a series of reforms introduced through a democratization package by Prime Minister Recep Tayyip Erdogan on September 30.

According to the regulation, there are a few exceptions on civil servants.  The ban will remain in effect for judges, prosecutors, police and military personnel.

There will be also women candidates wearing headscarves in local elections, according to Erdogan.

Some critics describe the regulations as an example of the prime minister’s “secret Islamic agenda,” as Erdogan called the reforms “a historic moment, an important stage”.

The recently announced package also included reforms such as lifting the requirement of the primary school oath, providing education in one’s mother tongue in private schools; the restoration of original names of villages, districts and provinces; changes in the law on political parties.