TRIPOLI - Libya's government summoned US ambassador Deborah Jones to seek clarification over the capture by American special forces of an alleged Al-Qaeda operative in Tripoli, the foreign ministry announced on Tuesday. 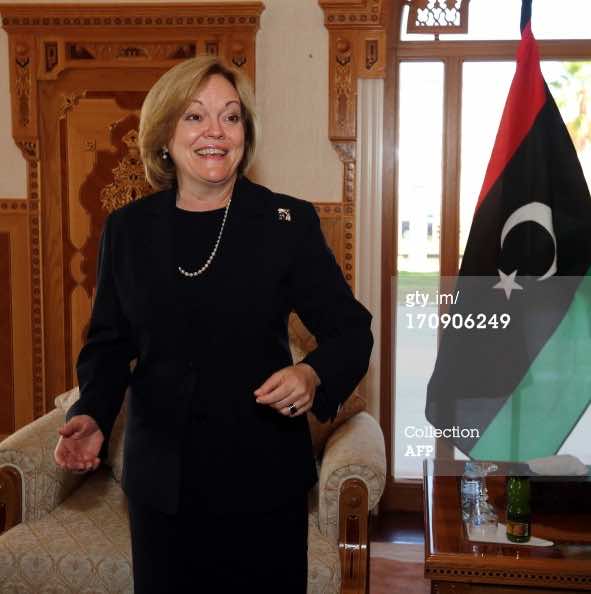 TRIPOLI – Libya’s government summoned US ambassador Deborah Jones to seek clarification over the capture by American special forces of an alleged Al-Qaeda operative in Tripoli, the foreign ministry announced on Tuesday.

Tripoli has said it was not informed in advance of the raid on Saturday, when Libi was snatched in broad daylight from his car in the capital.

“Justice Minister Salah al-Marghani summoned the ambassador of the United States on Monday morning to ask for answers to several questions relating to the case” of Abu Anas al-Libi, a ministry statement said.

Marghani and officials from the foreign ministry also met members of Libi’s family, who were told of the meeting with the US ambassador, the statement added.

Libi is reportedly being held aboard a US naval ship in the Mediterranean.