CAIRO- The death toll from weekend clashes between Islamists and police has reached 57, a senior Egyptian health ministry official told AFP on Tuesday. 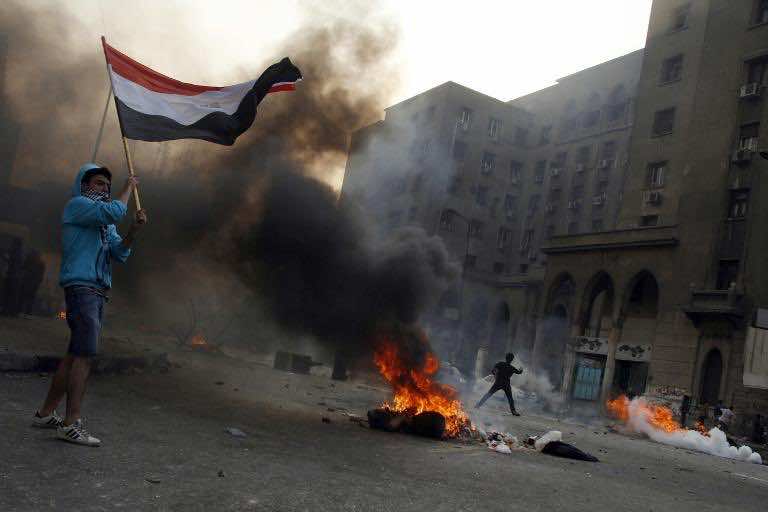 CAIRO- The death toll from weekend clashes between Islamists and police has reached 57, a senior Egyptian health ministry official told AFP on Tuesday.

Khaled al-Khatib said that 48 people died in Cairo and nine in other parts of the country. Authorities had previously given a toll of 51.

Khatib said a total of 391 people had been injured throughout the country.

Clashes erupted on Sunday as supporters of ousted president Mohamed Morsi tried to galvanise protests around the country but were dispersed by police.

In Cairo, they tried to march towards a strategic square where supporters of the military were marking the 40th anniversary of the Arab-Israeli war.

Tahrir Square is highly symbolic for both supporters and opponents of the Islamist leader.

Morsi was ousted by the military on July 3 and since then his supporters have regularly tried to stage protests against the army. He is being held at an unknown location.