TUNIS - Amnesty International on Tuesday demanded those responsible for widespread torture practised under Tunisia's ousted former regime be brought to justice, after uncovering the details of a 25-year-old victim. 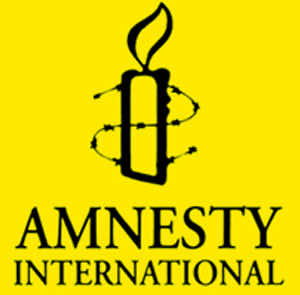 TUNIS – Amnesty International on Tuesday demanded those responsible for widespread torture practised under Tunisia’s ousted former regime be brought to justice, after uncovering the details of a 25-year-old victim.

Faysal Baraket, a student and member of the Islamist party Ennahda, which was banned by former strongman Zine El Abidine Ben Ali, was arrested in 1991 after criticising the authorities in a television interview.

He died in police custody shortly afterwards, and his family was informed that he had died in a car accident, described by Amnesty as a coverup to hide the true cause of death.

It said forensic evidence gathered since, including after his body was exhumed in March this year, indicated he was sodomised and received injuries in line with systematic physical assault.

“Baraket’s case underscores… the urgent need to reform the security apparatus and judiciary which played a central role in how the case was handled,” said Amnesty’s Hassiba Hadj Sahraoui.

She said the case marked a symbolic moment for hundreds of other victims tortured during Ben Ali’s reign, adding that “all those responsible for torture, including those behind Faysal Baraket’s death, must be brought to justice without further delay.”

Torture and ill-treatment were common under the Ben Ali regime, which was overthrown by the 2011 popular uprising that sparked the Arab Spring.

Sahraoui warned that, while positive steps have been taken since the revolution, judicial reform has effectively stalled in recent months, while human rights violations continue on a smaller scale.

“The judiciary… still intrinsically lacks the independence from the executive necessary to bring to justice those implicated in torture, from low-ranking officers to the highest level of the state.”