KHARTOUM - The Sudanese opposition says at least 214 people were killed by police gunfire in a heavy-handed government crackdown on peaceful protests against the controversial economic measures. 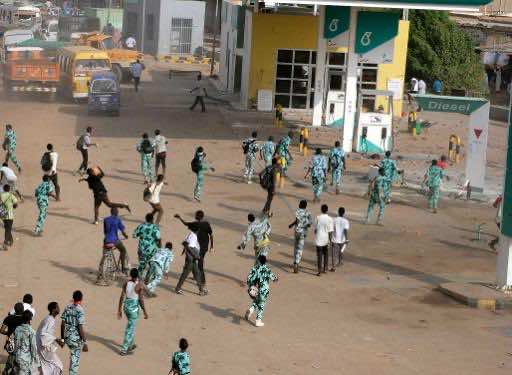 KHARTOUM – The Sudanese opposition says at least 214 people were killed by police gunfire in a heavy-handed government crackdown on peaceful protests against the controversial economic measures.

The death toll from protests against a Sudanese government decision to lift subsidies has risen to 70, Khartoum governor Abdul Rahman Alkhidir said on Tuesday.

Speaking at a meeting organized by the ruling National Congress Party, Alkhidir said 66 suspects have been arrested in the city of Omdurman, west of Khartoum, in possession of weapons and stolen items.

The Sudanese governor accused “rebel groups” in the western province of Darfur and youth movements of taking part in the anti-government protests.

Demonstrations flared up in different Sudanese cities two weeks ago after the government lifted fuel subsidies as part of a raft of controversial austerity measures.

The decision led to immediate increases in fuel prices by between 65 and 95 percent.

Global rights watchdog Amnesty International has put the death toll at some 200.

The Sudanese opposition, for its part, says at least 214 people were killed by police gunfire in a heavy-handed government crackdown on peaceful protests against the controversial economic measures.

Popular anger appears to have subsided in recent days, however, with no casualties being reported and demonstrations limited to specific areas of capital Khartoum and other cities.