WASHINGTON - An alleged top Al-Qaeda operative snatched in a US commando raid in Libya was involved in plots that killed Americans and will be brought to justice, President Barack Obama said Tuesday. 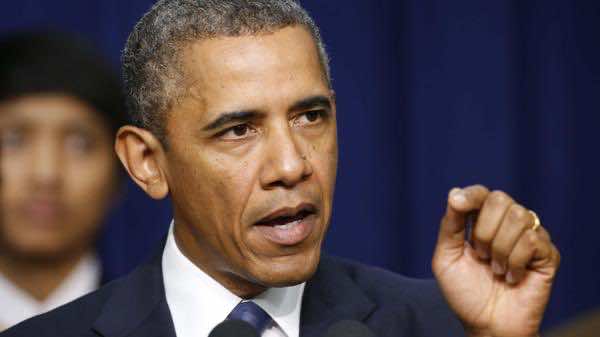 WASHINGTON – An alleged top Al-Qaeda operative snatched in a US commando raid in Libya was involved in plots that killed Americans and will be brought to justice, President Barack Obama said Tuesday.

Vowing that the United States will continue to hunt down regional terror groups, Obama told reporters that Abu Anas al-Libi “helped plan and execute plots that killed hundreds of people, a whole lot of Americans. We have strong evidence of that. And he will be brought to justice.”

US commandos on Saturday seized Libi off the streets of Tripoli as he was parking his car and took him to a warship, where he is being interrogated under military detention.

Libya has denounced the operation as a kidnapping and summoned the US ambassador Deborah Jones to ask for a full explanation of what occurred.

So far the United States has refused to say publicly whether it sought permission from Libya’s pro-Western but weak central government for the operation, but insisted it was legal under American domestic law.

Obama however refused to answer a question at a White House press conference on whether he believed Libi’s capture inside Libya was in accordance with international law.

He defended US actions though saying that in parts of Africa radical groups could mobilize because of “the lack of capacity on the part of the governments, in some cases because it is easier for folks to hide out in vast terrains that are sparsely populated.”

“We’re going to have to continue to go after them,” the US commander-in-chief said at a White House press conference.

“But there’s a difference between us going after terrorists who are plotting directly to do damage to the United States and us being involved in wars,” he insisted.

And he stressed that since “the risks of terrorism and terrorist networks are going to continue for some time to come” the United States needs “a long-term plan” that is not just based solely on the country’s military strength.

Libi — real name Nazih Abdul Hamed al-Raghie — was on the FBI’s most wanted list with a $5 million (3.7 million euro) bounty on his head for his alleged role in the 1998 twin bombings of two US embassies in East Africa.

Libya’s leading political authority has called for the United States to hand over Libi to them. US envoy Jones gave the Libyan authorities assurances that Libi was being “treated humanely” during his detention.

State Department deputy spokeswoman Marie Harf said Washington had been in contact with the Red Cross about his case, and discussed possible access.