CAIRO- A bomb exploded in an empty military intelligence office in the Sinai Peninsula on Wednesday where the army is battling an Islamist insurgency, a security official said. 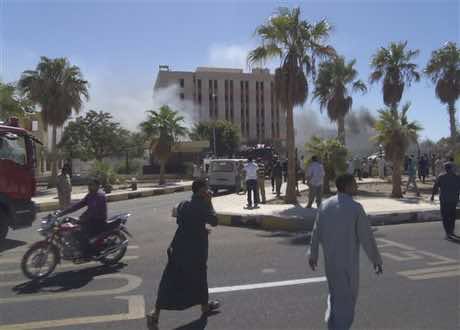 CAIRO- A bomb exploded in an empty military intelligence office in the Sinai Peninsula on Wednesday where the army is battling an Islamist insurgency, a security official said.

He said the bomb went off in the town of Rafah bordering the Palestinian Gaza Strip. The office had been vacant since July, the official added.

The blast comes three days after 57 people were killed across Egypt in clashes between Islamists and security forces.

Dozens of soldiers and policemen have been killed in daily attacks in Sinai, as the army has poured troops and armor into the lawless peninsula to fight a militant insurgency.