LAGOS  – A large percentage of rams, sacrificed for the upcoming Muslim holiday, come from the country's northeastern region and its border – bastions of the Boko Haram insurgency. 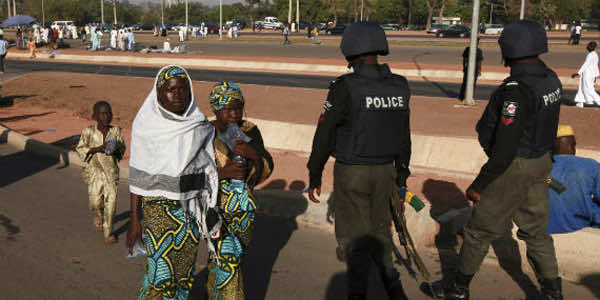 LAGOS  – A large percentage of rams, sacrificed for the upcoming Muslim holiday, come from the country’s northeastern region and its border – bastions of the Boko Haram insurgency.

Many Nigerian Muslim families may miss offering a ram for the Udhiyah (sacrifice) ritual of the Eid al-Adha holiday this year – or opt for cheaper but non-traditional alternatives – as Udhiyah costs skyrocket across the African country.

Merchants told Anadolu Agency that fewer rams were available for sale this year compared to previous years – a development they attribute to a combination of factors, including the ongoing Boko Haram insurgency.

“Going to the north these days is like going into the lion’s den because of the violence being perpetrated by the Boko Haram,” Abdussalam Abu Baasit, who regularly travelled to the north to buy rams in the past, told AA in Lagos.

“But I did not go this year on account of the violence there,” he added.

Abu Baasit explains that a large percentage of rams come from the country’s northeastern region and its border communities in Niger and Chad – bastions of the Boko Haram insurgency.

Boko Haram has killed thousands of innocent civilians and security agents deployed to curb the group’s militant campaigns in the country’s north.

The group, whose stronghold is northeast Nigeria, has killed up to 500 people in the past few months, including 40 students in a September attack.

Abu Baasit said fewer merchants had made the dangerous trip to the north this year to buy rams, adding were selling them at very high prices.

“They risked their lives to go there and so must make huge returns on their investment,” he said.

In Lagos, which has a large Muslim population, the usually boisterous ram markets this year are parading far fewer Udhiyah animals than in previous years.

Mid-size rams – the favored Udhiyah for most Nigerian Muslims, unlike elsewhere where camels, cows and goats are preferred – now go for between 47,000 and 60,000 Nigerian naira (between $294 and $375).

Rams of the same size were far cheaper last year.

Current prices vary in other parts of the country, but nevertheless remain high compared to previous years.

Udhiyah, or animal sacrifice, is an annual ritual observed by those Muslims who can afford it to commemorate Prophet Ibrahim’s willingness to sacrifice his son Ismail upon God’s orders.

Other merchants blame rising ram prices on the soaring costs associated with breeding and transporting the animals, along with Nigeria’s general economic malaise.

“The flooding, and general climate change, has also had impacts on the cost of livestock,” Musa Salahudeen, a ram merchant at the Agege market in Lagos State, told AA.

“You sell what you buy,” he added. “No trader prays to make a loss.”

Salahudeen said that many traders bought rams from farmers who raise them, although many others raised them themselves.

He himself has lost up to ten rams to flooding within recent months.

“It is like that for most animal breeders these days,” Salahudeen said.

Abdul-Hadi Uthman, a ram merchant in Ibadan, the capital of southwest Nigeria’s Oyo State, says it is no easy task to transport the animals thousands of kilometers to the market.

“The transport fare is prohibitive. But because this is what we do, we just have to do it,” he told AA by phone.

“Profit is dwindling for many factors. If ram is costly here, the cost of transporting the animal is partly responsible,” Uthman, 36, maintained.

Some families are already considering switching to cows instead of rams for their Udhiyah needs.

“Cows are easily available at abattoirs everywhere,” he explained. “And very few people go for cow compared to ram, so the price is cheap.”

“The good thing is that it [cow] is also acceptable for Udhiyah,” he added. “Even at that, the price of cow will also go up slightly, but it’s far cheaper when we buy it in group.”

A single Muslim can sacrifice a sheep or goat. But a group of Muslims can share the cost of a larger animal, such as a cow or a camel.