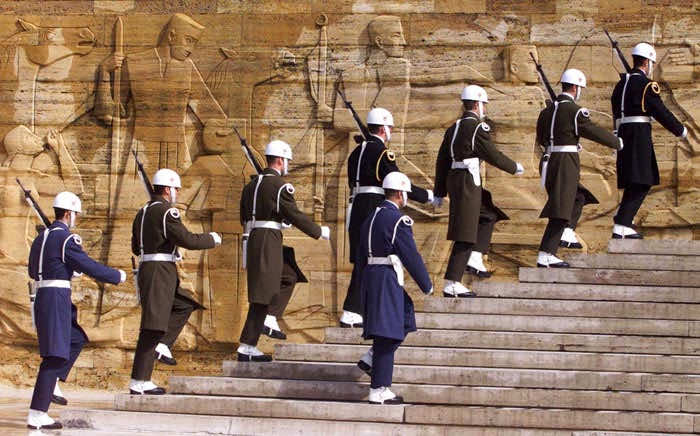 Turkey’s last-instance court on criminal justice has announced a reasoned decision explaining why it upheld prison sentences for more than 230 military officers in a trial on an alleged military coup plot against the newly-elected government in 2003.

The Supreme Court of Appeals published Wednesday the detailed ruling that refers in-depth to the role of the case’s chief suspect, retired First Army Commander Cetin Dogan, accusing him of plotting to banish the Justice and Development (AK) Party government from power and recruiting officers to execute the Sledgehammer (“Balyoz” in Turkish) plan, named after the alleged military takeover.

“It has been established that Cetin Dogan resolved to remove the government from power and, to this end, create a separate hierarchical structure within Turkish Armed Forces (TSK),” the court says.

It adds Dogan drafted a list of authorized military personnel whom he wanted to involve for putting the coup plot into practice.

“The separate formation is understood to have been guided with criminal intent, comprehensively organized, and capable of planning and tasking.”

The announced decision asserts the government was vulnerable against possible attempts by the armed forces for a takeover.

“The suspects attempted, by way of this illegal formation that stands outside the hierarchical structure of the TSK, to forcibly annul or remove from post the executive organ.”

“The executive organ does not have the capacity or capabilities to resist the force that might have been used by the suspects, who belong to the TSK that has a deterring power even on the international arena,” the ruling reads.

The Supreme Court of Appeals has refuted claims that the digital documents, part of the core base of evidence, were altered after being acquired by police forces or legal authorities.

“The court has concluded that the digital evidence is capable of being regarded as evidence obtained and preserved in accordance with legal standards,” it says.

Sledgehammer is an alleged military coup plan by a junta in the Turkish Armed Forces which reportedly dates back to 2003, a year after the ruling Justice and Development (AK) Party came to power.

According to the plan, the military was to systematically foment chaos in society through chilling acts of violence including bombing of mosques in Istanbul and downing of a Turkish warplane over the Aegean.