TUNIS - A Tunisian NGO charged Wednesday that the death of more than 300 Africans last week in a shipwreck off the Italian island of Lampedusa was the result of Europe's "war against migrants." 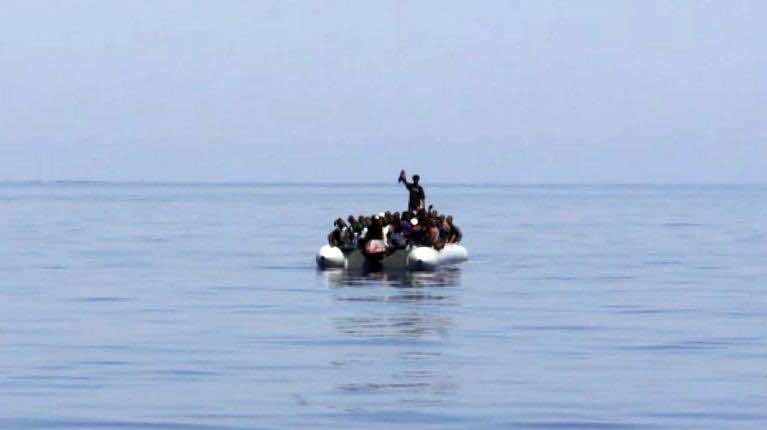 TUNIS – A Tunisian NGO charged Wednesday that the death of more than 300 Africans last week in a shipwreck off the Italian island of Lampedusa was the result of Europe’s “war against migrants.”

“The last shipwreck off Lampedusa is not due to a fatality, it is a war against migrants, with deaths, prisoners and disappearances,” said Nicanor Haon, in charge of migration at the Tunisian Forum for Social and Economic Rights.

These are “victims of the policy in Europe, which reduces the number of visas and strengthens control measures but does not save migrants’ lives,” he added, alluding to the heavy death toll — of at least 302 people, including 83 women and nine children.

Haon was talking on the sidelines of a presentation by activists of the Tunisian NGO, which was established in 2011 and campaigns for the rights of migrants.

“The deaths off Lampedusa, like those of yesterday and tomorrow, are the victims of a closed Europe blinded by its security logic, which has renounced the values it claims to defend,” the International Federation for Human Rights (FIDH) said separately, in a statement handed to the press.

“If saving people was a priority as the law of the sea demands, we should deplore so many shipwrecks between Libya and Lampedusa,” said the statement, entitled “Europe assassin.”

Immigration charities estimate that between 17,000 and 20,000 migrants have died at sea trying to reach Europe over the past 20 years, often crossing on rickety fishing boats or rubber dinghies.

In the tragedy that occurred last Thursday, a 20-metre (66-foot) fishing boat crossing the Mediterranean from Libya with Eritrean and Somali refugees caught fire, capsized and sank within sight of the island.

The disaster has shown up the European Union’s flawed asylum policy, which has been criticised for being overly restrictive and forcing refugees to resort to desperate measures to reach Europe.

EU Commission president Jose Manuel Barroso was heckled by activists and local residents when he visited Lampedusa on Tuesday.

The commission has urged EU states to pledge planes, ships and funds for the budget-cut Frontex border guard service to mount “a big search and rescue” effort across the Mediterranean.