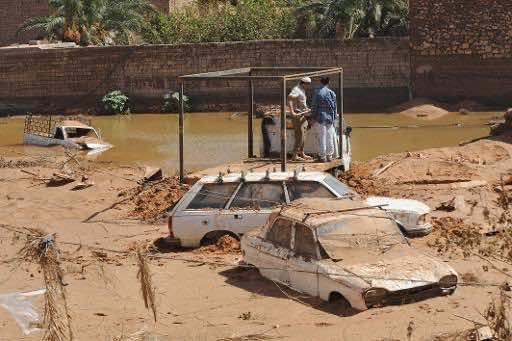 Two rivers burst their banks in Djelfa, 330 kilometres (205 miles), south of Algiers, on the escarpment where the High Plateaus of the centre give way to the deserts of the south, the APS news agency reported.

Five bodies were recovered after two vehicles were swept away, it quoted emergency services as saying.

The other two deaths came in an area of Msila province 230 kilometres (145 miles) southeast of the capital, where the Soubella river burst its banks, APS said.

Several dozen families were forced to flee homes along the river and take refuge in a local school.