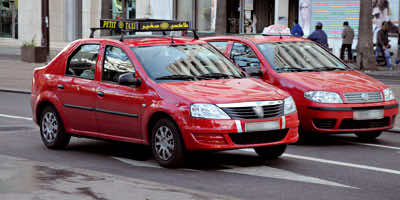 By
youssef sourgo
-
Youssef Sourgo is currently a Master’s student in Linguistic and Literary studies at Ain Chok Faculty of Letters and Humanities.
Oct 10, 2013
Spread the love

Casablanca– It was a blazing hot day. I knew I wouldn’t be able to walk along Ghandi Boulevard as I had used to when the sun was more forgiving. I stopped a red cab and told him where to drop me exactly. The driver appeared as if he hadn’t had a good day. I could tell from the frown dominating his face.

Not even a minute elapsed after I had gotten in the cab, the driver started complaining about all sorts of random matters: the rise in living costs, the traffic jam, parents who were parking their cars right in the middle of the road to go get their kids out of school, etc. I kept silent whilst he was blurting out all sorts of unlinked arguments about why the Moroccan people are the reason behind Morocco’s sluggish development.

“Okay, I understand,” I uttered, after he paused his avalanche of complaints for a couple of seconds, “You’re right! So what’s the solution in your opinion?” I would be lying if I said his response surprised me: “An entire generation of Moroccans have to be burnt or killed by means of chemical weapons,” he confidently responded. “Give me enough weapons and I’ll do that myself!”

His statement, loaded with acute hostility and violence, was not the first one I had ever heard. Many Moroccans, especially those from the low and middle social classes, tend to express cynical views on matters pertaining to the pace and prospects of Morocco’s development.

I did not take the taxi driver’s words literally. I knew that beneath the tone of animosity and hatred lurked a stronger argument. The driver’s argument was that the most significant portion of the Moroccan population are inactive/ unproductive citizens. Their role in the ongoing development of Morocco is barely noticeable, perhaps because of their individualistic perspectives on life—the most important development is that of the self and the family. That of the entire country comes later.

The solution the taxi driver shared with me, which is to rid the country of this portion of the population, is indeed Nazi-like  in its essence and can by no means be taken seriously or considered by any sane mind. However,  there was something the taxi driver intended to convey through this hateful and hyperbolic solution. According to him, as long as Moroccans have disparate and incongruent ideas of how important the country’s development is for them, Morocco’s development will remain very sluggish and barely perceptible.

Education is not the issue here. Certain Moroccans, who have attained even the most distinguished educational levels, can be equated to an illiterate citizen in terms of knowledge and care for national duties and national welfare. Education is only one piece of an intricate puzzle constituting the solution to real development.

I had an opinion to share with the Taxi driver. I didn’t do so, however. He was too agitated to calm down and think rationally. But I understood what he wanted to say, and I reformulated it in my own way:

A nation’s power is in its collective action. When the nation is at war, the war would be lost if the people are uncertain of how important or noble defending one’s land is. If the nation needs urgent reforms at all levels, those reforms would be doomed to failure if the people are incongruently unsure about the value of reform and reconstruction. The same thing applies to national development; if only a portion of the population sees national development a priority, whereas another segment trivializes it, the nation’s development would be taking place at a snail’s pace.

The Taxi’s driver was too cynical, of course. But he put his finger on one of Morocco’s most complex issues, which is impeding its development and running counter the flow of efforts being made to push the country onward: the reluctance of some of us to take part in this development. Some are investing hopes and efforts, whilst others are pulling the rug out from under them—both consciously and unconsciously.  Let’s not be the fish swimming against the stream so that we can all contribute and benefit from the fruits of a better Morocco.