TRIPOLI - Gunmen seized Prime Minister Ali Zeidan in Tripoli Thursday and held him for several hours before he was freed, in the latest sign of Libya's lawlessness since Moamer Kadhafi was toppled in 2011. 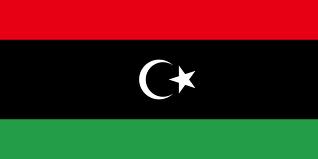 TRIPOLI – Gunmen seized Prime Minister Ali Zeidan in Tripoli Thursday and held him for several hours before he was freed, in the latest sign of Libya’s lawlessness since Moamer Kadhafi was toppled in 2011.

Following are key events in the restive two years since the veteran dictator was captured and killed:

– October 20: Kadhafi captured and killed while trying to flee Sirte, his home town and the last major city to fall to NATO-backed rebels who rose up against his regime nine months earlier.

– October 31: NATO announces the end of its military role.

– November 19: Seif al-Islam, Kadhafi’s most prominent son who is wanted by the International Criminal Court, captured by militiamen and detained in the hilltown of Zintan, southwest of Tripoli.

– June: More than 100 die and 500 are wounded in a week of tribal fighting southwest of Tripoli.

A coalition of small liberal parties emerges victorious in the election, while the Muslim Brotherhood takes the number two position.

– August 8: The NTC transfers power to the GNC in a symbolic move to signal the first peaceful transition in Libya’s modern history.

– September 11: Ambassador Chris Stevens and three other Americans killed in an attack on the US consulate in Libya’s second city Benghazi blamed on Al-Qaeda sympathisers.

– September 23: Libyan authorities say they have decided to dissolve all militias and armed groups that do not come under state authority.

– May 5: The General National Congress votes through a controversial law to exclude former regime officials from government posts.

– June 8: Around 30 are killed when demonstrators attack the Benghazi headquarters of former rebel militia.

In late June Defence Minister Mohammed al-Barghathi is replaced a day after deadly clashes between armed groups in Tripoli.

– July 27: Thousands of Libyans protest against parties including the Muslim Brotherhood blamed for a wave of violence, a day after the assassination of Abdessalem al-Mesmari, an anti-Islamist lawyer who campaigned for a civil state.

– July 31: Zeidan decides not to carry out an announced cabinet reshuffle.

– August 25: Zeidan announces the launch of a national dialogue to tackle issues ranging from national reconciliation to disarmament.

– September 19: More than 20 former regime officials appear in court in Tripoli over repression of the 2011 revolt.

– October 10: Former rebel militiamen seize Prime Minister Zeidan in Tripoli and hold him for several hours before he is freed.