JEDDAH  –  Supporters of ousted president Mohamed Morsi have called for flashing the now-iconic yellow Rabaa sign during hajj, due to start next week 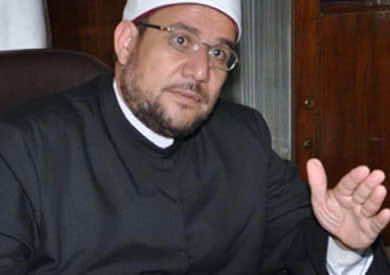 JEDDAH  –  Supporters of ousted president Mohamed Morsi have called for flashing the now-iconic yellow Rabaa sign during hajj, due to start next week

“We all know that the Brotherhood is an international organization and that some members might plan political protests during hajj to drive a wedge between Egypt and Saudi Arabia,” Gomaa said on Thursday.

Supporters of ousted president Mohamed Morsi have called for flashing the now-iconic yellow Rabaa sign during hajj, due to start next week.

The four-fingered salute has come to symbolize perseverance and steadfastness in memory of hundreds of pro-democracy demonstrators killed in the violent dispersal of their sit-in in Rabaa al-Adawiya Square in mid-August.

Mokhtar said that pilgrims have been warned against using political slogans during the spiritual journey “because this is forbidden”.

Minister of Hajj Bandar Hajjar, for his part, said Saudi authorities will not allow political demonstrations during hajj.

Egyptian-Saudi relations had been tense under Morsi’s one year in power.

Riyadh has welcomed Morsi’s overthrow by the powerful military and pledged five billion in aid to shore up Egypt’s economy.