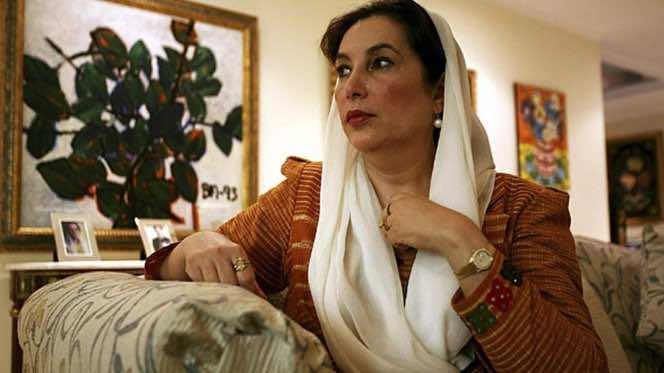 Rabat- The coming book of Pakistani photographer Roshan Mirza about the private life of Benazir Bhutto is already creating controversy.

The book reveals “shocking” details about the life of assassinated Pakistani Prime Minister including her relation with a Moroccan young man named Omar, according to Al ittihad Al Ichtiraki.

The book titled “ In the heart of Paris: The political empire under the spotlights”, is the fruit of a series of investigations conducted by the London-based Roshan Mirza in which he reveals the dark side of Bhutto’s sexual life.

Mirza said that when reporting the story of how a villa in London owned by Bhutto from 1995 to 2004 had turned into a scene that hosts sex parties, the British media was either unaware of Bhutto’s involvement in such parties or not willing to speak about it publicly.

“Bhutto was not just an ex-owner of the villa, in fact she was involved in special sex parties in the UK and Dubai”, says the author in an interview with the Pakistani press.

The book discloses Bhutto’s relation to Pakistan’s ex-ambassador to Washington Sherry Rehman who was allegedly responsible for organizing special sex parties in which participants switch wives and girlfriends.

According to the author, Bhutto’s son was also involved in these parties, which took place in the United States and Dubai.

Sherry Rehman was in contact with a Moroccan young man named “Omar” who participated in the organization of the alleged parties. He also tried to convince a girl named Sara to participate in a sex party in Dubai.

According to Roshan Mirza, Omar was offering “intimate services” to Bhutto and Rehman as well as well-known Pakistani ladies.

The author of the book said that he is expecting prosecution, but affirmed that he “has evidence” backing what he says.