Smara, Morocco- A simple skimming of the list of the new government is enough to tell us that nothing has changed and that nothing will change in the country. We find the same names and political leaders and consequently the same mentalities. The only things that have changed are their seats and titles. 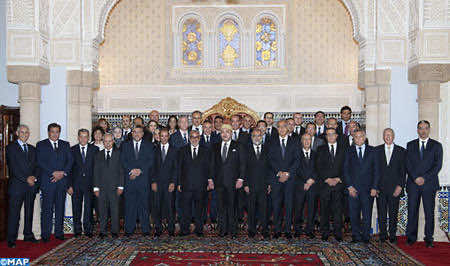 By
rachid khouya
-
Rachid Khouya is a teacher of English in Es Smara city, south of Morocco.
Oct 10, 2013
Spread the love

Smara, Morocco- A simple skimming of the list of the new government is enough to tell us that nothing has changed and that nothing will change in the country. We find the same names and political leaders and consequently the same mentalities. The only things that have changed are their seats and titles.

Benkirane’s move is an attempt to delay the aspirations and dreams of Moroccans who were disappointed with the policies and inaction of the government. People feel betrayed and tricked by the head of government.

Moroccans do not want to see a mere change of ministerial seats and political allies. They need different individuals, programs priorities, visions and mindsets. The president of the government showed his inability to declare war on the leaders of corruption and those who divide the wealth and the richness of the kingdom.

In fact, the first term of the first government has shown that all the decisions that the Islamist-led government took were against the willingness and the interests of the majority of the people. This particularly includes the rise in the costs of petrol, milk and other essential basic materials and goods.

Salaheddine Mezouar , Mohand Laenser , Mohamed El Ouafa , Nabil Benabdellah  and others names have always been present in the government and have never changed anything in our country. Does this mean that they are the only names that can lead us as Moroccans? Are there no new competent people in Morocco to replace these faces who seem to be dominating the political scene in the kingdom?

In brief, the national cake has been divided between the same old eaters and cooks who know how to dwell in the national kitchen where decisions have been baked the same way since independence. Let them cook and eat while the people watch, starve and enjoy poverty, marginalization, bad housing, poor health, substandard education and unemployment.