PARIS - Libyan Prime Minister Ali Zeidan has accused a "political party" with organising his brief abduction by armed gunmen on Thursday, without naming the group. 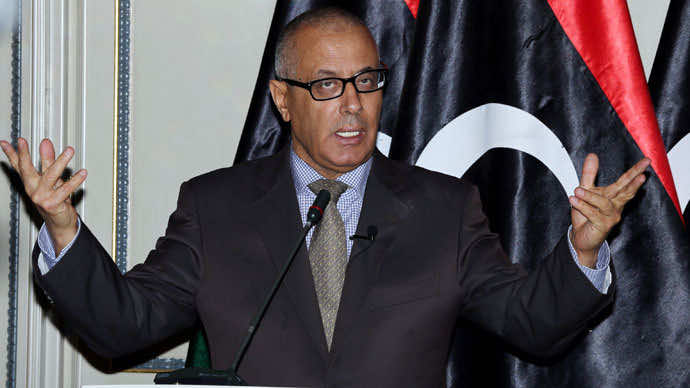 PARIS – Libyan Prime Minister Ali Zeidan has accused a “political party” with organising his brief abduction by armed gunmen on Thursday, without naming the group.

“It’s a political party which wants to overthrow the government by any means,” he said in an interview with the France24 television channel.

Saying that he had been taken hostage, the prime minister stressed that his abductors “want only to overthrow the government, by force, by democracy, by non-democratic means, or by any means whatsoever”.

Zeidan was seized by gunmen in Libya and held for several hours Thursday before being freed, in the latest example of the lawlessness prevailing since Moamer Kadhafi’s overthrow.

The premier appeared in good health when he arrived at government headquarters after his ordeal, waving to waiting well-wishers as he climbed out of an armoured car.

The pre-dawn seizure of Zeidan came five days after US commandos embarrassed and angered the government by capturing senior Al-Qaeda suspect Abu Anas al-Libi on the streets of Tripoli, whisking him away to a warship in the Mediterranean.

Witnesses said Zeidan was held at a police station south of the capital, and that his captors released him after armed residents surrounded the building and demanded he be let go.

“In the coming days I will give more information on who this political party is that organised my kidnapping,” Zeidan told France24.

The prime minister said that his hostage-takers had discussed the question of Abu Anas al-Libi.

He insisted that he had had no advance warning of the US commando action.