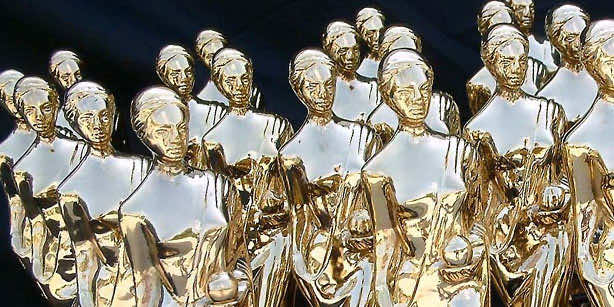 “Meryem”, a movie by Atalay Tasdiken telling the story of a child bride, has won “the Best Movie” award at 50th International Antalya Golden Orange Film Festival on Friday night.

“Cennetten Kovulmak” (Fall from the Eden) telling the story of two Kurdish women in Turkey and “Kusursuzlar” (The Impeccables) talking about two sisters in their early thirties struggling to deal with their uneasy sibling relationship and confront their devastating recent past past, shared the “Best Movie” award with Meryem.

Meryem also won 4 other awards during Friday’s closing ceremony of the festival.

“Mavi Dalga” (The Blue Wave) telling the story of a group of friends at university-age with the worries of their daily routines, plans for the future and challenges received the “Best Scenario” and “Best Setup” awards, as well as the award for “the Best Debut Movie”.

The Antalya Golden Orange Film Festival is one of the deepest-rooted festivals in Europe and Asia, and one of the oldest and the longest running film festivals in Turkey.