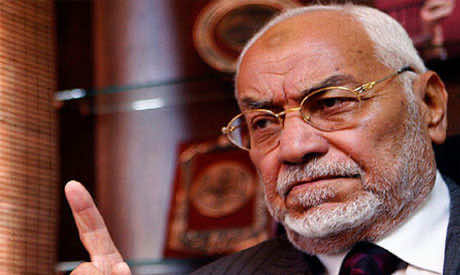 A host of judges have accused Akef of insulting the judiciary after accusing them of corruption and his statements to a Kuwaiti newspaper about legislative amendments to sack more than 3,000 judges.

Akef is currently being held on charges of “inciting violence.”

Egyptian authorities have unleashed a massive crackdown on leading Muslim Brotherhood members since the violent dispersal of two protest camps in support of deposed President Mohamed Morsi in mid-August, in which hundreds of protesters were killed.

Hundreds of the group’s high and mid-ranking figures, topped by supreme leader Mohamed Badie and deputies Khairat al-Shater and Rashad Bayoumi, are now in detention.

Most face charges of “inciting violence,” allegations they all dismiss as politically-motivated.