Sidi Ifni- Aziz Akhannouch, who was appointed on Thursday in the new coalition government, was born in Agerd Oudad, Tafraout in 1961. 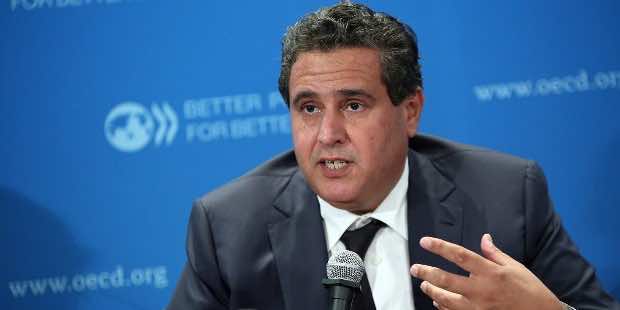 Sidi Ifni- Aziz Akhannouch, who was appointed on Thursday in the new coalition government, was born in Agerd Oudad, Tafraout in 1961.

He has been Minister of Agriculture and Marine Fisheries since 2007. According to Morocco’s head of government, Abdelilah Benkirane, Aziz Akhannouch has contributed considerably to, and improved, the sector.

As head of Souss Massa Draa region since 2003, he has been a member of Tafraout Municipality Council.

Aziz Akhannouch pursued and completed his studies in Canada where he earned a diploma in administrative management from Canada’s Sherbrooke University in 1986.

He is also the CEO of Aqua Group, a group of companies specialized in the distribution of gasoline and communication services.

Noted for mastering the intricacies of administration, he has been a member of Banque marocaine du commerce extérieur (BMCE) and Fondation Academia.

His obtention of many diplomas in management, administration, and leadership paved the way for him to hold hm to high-profile positions, such as presidency of Afriquia Gaz and Tissir Gaz companies.

In addition to running many successful businesses, Aziz Akhanouch has launched several agricultural projects in many parts of Morocco, including his hometown, Tafraout.

He has gained king Mohamed VI’s trust, especially thanks to his diligence, seriousness, and dedication.

He is believed to be one of the few ministers in the country’s history to forgo his salary for the state.

Aziz Akhannouch has played a key role in improving agricultural productions in the country and in encouraging foreign countries and to invest in this sector.