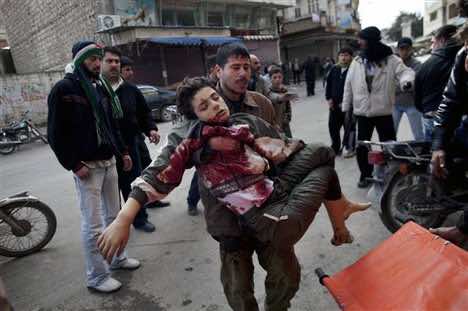 Syrian Network for Human Rights (SNHR) made a statement saying that Assad regime held air-land operations in regions where opponents mostly resided, killing 15 people in Allepo, 13 in suburbs of the capital Damascus, nine each in Idlib and Dera, six each in Hama, Deyr Ez Zor and El Hasekei and one in Raqqah.

On the other hand, Syrian Local Coordination Committtee (LLC) said the regime troops carried out attacks with howitzers and rockets in Duma, Berze Harasta and Yarmouk towns in Damascus.