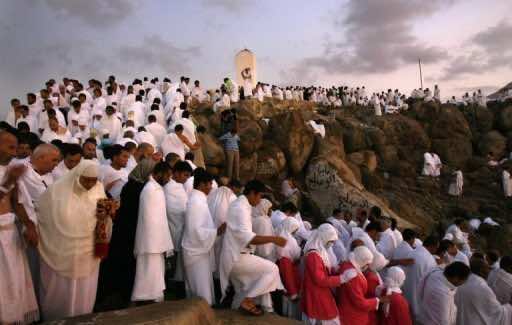 MECCA/ARAFAT – More than two million prospective Hadjis who poured out of the Muslim holy city of Mecca to begin the annual Hajj, have flocked Arafat for the Waqfa Prayer.

More than two million prospective Hadjis who poured out of the Muslim holy city of Mecca to begin the annual Hajj, have flocked Arafat for the Waqfa Prayer.

Under the stringent penal action and safety regulations during the pilgrimage season, four thousand motorcycles, more than 27 thousand vehicles and above 30 thousand people were rejected due to the lack of Hajj permit, said the Saudi Interior Ministry.

The fact that the kingdom accounts for the overwhelming majority of MERS (coronavirus) cases reported around the world has raised concerns pilgrims could be infected and return to their homelands carrying the virus.

But the authorities have said they are optimistic the Hajj will pass without incident, given Muslims also go on lesser pilgrimages at other times of the year and there has been no problem.

Experts are struggling to understand the MERS coronavirus, for which there is still no vaccine.

It is considered a deadlier but less transmissible cousin of the SARS virus that erupted in Asia in 2003 and infected 8,273 people, nine percent of whom died, and sowed economic chaos.

Mount Arafat is a granite hill in east of Mecca. It is also known as the Mount of Mercy (Jabal ar-Rahmah).

The hill is the place where the Islamic prophet Muhammad stood and delivered the Farewell Sermon to the Muslims who had accompanied him for the Hajj towards the end of his life. It reaches about 70 m in height.

According to Islamic tradition, it was on Mount Arafah that prophet Muhammad (S.A.W) delivered his last speech. The pilgrims will spend the whole day on Arafah supplicating to Allah to forgive their sins and praying for personal strength in the future. They also collect stones for the stoning of Satan.

Arafah rituals end at sunset and pilgrims then move to Muzdalifah for shortened Maghrib Prayer and Isha prayers and for a short rest.