Putrajaya (Malaysia)- An appeals panel ruled Monday that a Malaysian Catholic newspaper could not use "Allah" to refer to the Christian God in a case that sparked attacks on places of worship three years ago. 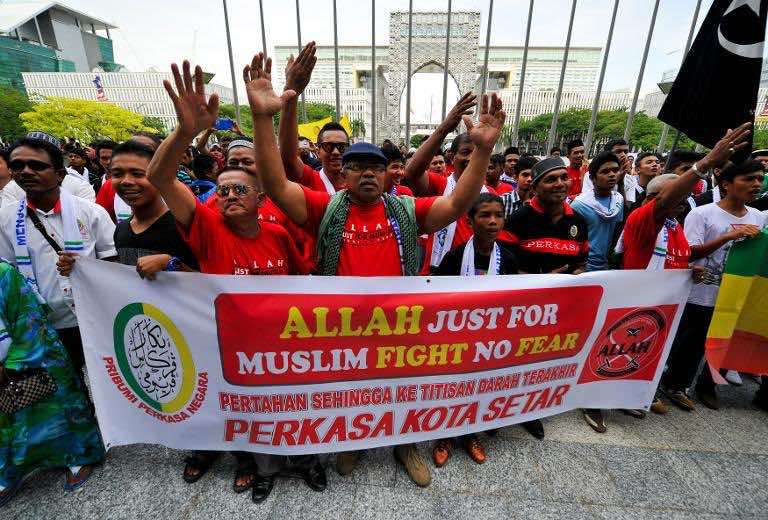 Putrajaya (Malaysia)- An appeals panel ruled Monday that a Malaysian Catholic newspaper could not use “Allah” to refer to the Christian God in a case that sparked attacks on places of worship three years ago.

The publishers of the Herald, who had argued that a 2009 government ban on the use of Allah in its Malay-language edition was unconstitutional, said after the ruling they planned to appeal higher to the Federal Court.

“It is our judgment that there is no infringement of any of the constitutional rights,” said Apandi Ali, head of the three-judge panel.

“It is our common finding that the usage of the name ‘Allah’ is not an integral part of the faith and practice of Christianity.”

The dispute erupted in early 2009 when the Home Ministry threatened to revoke the Herald’s publishing permit for using the word.

The Catholic Church sued, claiming violation of its constitutional rights. A court upheld the church’s argument later that year and lifted the ban pending judicial review.

The ban’s removal triggered a series of attacks in early 2010 on places of worship, mostly churches, using Molotov cocktails, rocks and paint , and sparking fears of wider religious conflict in the multi-faith country.

Herald editor Father Lawrence Andrew said Monday’s ruling was flawed, noting that “Allah” has been used extensively in Malay-language versions of the Bible for decades without trouble.

“It is also a retrograde step in the development of the law relating to the fundamental liberties of religious minorities in this country,” he told reporters.

Andrew insisted the Church remained unbowed and would appeal.

Some observers have expressed fear that a ruling in the Malay-dominated government’s favour could potentially be used as precedent to have “Allah” also stricken from Bibles.

Muslims make up 60 percent of the country’s 28 million people, while Christians account for about nine percent.

Following the initial government ban, Muslim groups seized on the issue, claiming that the Arabic word “Allah” is exclusive to Islam.

Malaysia has largely avoided overt religious conflict in recent decades, but tensions have slowly risen along with what many perceive as an increasing Islamisation of the Southeast Asian country.