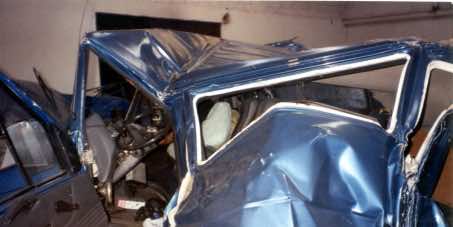 By
youssef sourgo
-
Youssef Sourgo is currently a Master’s student in Linguistic and Literary studies at Ain Chok Faculty of Letters and Humanities.
Oct 15, 2013
Spread the love

Casablanca- One of the saddest ways of losing someone is on the road because of someone else’s carelessness and foolhardiness. Morocco’s roads continue to claim the lives of many, some of whom are children who were not allowed to enjoy their childhood to the fullest.

Amina Balafrej is one of those whose lives has been put in jeopardy on the Moroccan roads. She is a professor of medicine and the director of the pediatric diabetology section in a hospital for children in Rabat.

Amina is in coma because of a young man’s irresponsibility and carelessness. The young man, who was driving above 60 klm/h- the legal speed in a city- and in the opposite direction of the road, violently crashed against Amina’s car causing irreparable damage.

After she was transferred to Rabat’s Avicenne hospital, oo one could get in touch with her family, friend or relatives for her ID card and phone were left unexamined in her handbag.

Her daughter, Sara, recently launched a petition on AVAAZ.org, in which she demands that the Moroccan penal code against “road criminals” be made stricter. At the time of writing, the number of people who have so far signed the petition, whose objective is to attain 7500 signers, is 5192. And the number of signers is rapidly increasing.

According to Sara’s petition, the person responsible for Amina Balafrej tragedy is now enjoying his freedom merely because no judge took charge of his case. This puts many question marks on the transparency of the Moroccan judicial system and its leniency towards roads criminals.

Sara’s mother, according to her, provided free medical services to many children from impoverished families. She also created the first department of pediatric diabetology in Morocco, and was about to open an entire center for needy children.

Through her petition, Sara hopes that justice be done to the person responsible for her mother accident, as well as all those labeled as callous “road criminals,” to be a model for many other reckless drivers in Morocco.

Speaking during a plenary session of the upper house of the Parliament in November 2012, Abdelilah Benkirane, the head of the Moroccan government, said that road accidents in Morocco lead to more than 4000 deaths each year, causing damage estimated at 14 billion dirhams ($1,80), about 2% of GDP..

Benkirane went on to say that Morocco occupies the first rank in the Arab world, and 6th rank worldwide.