CAIRO – Egypt has been in a state of turmoil since the country's military ousted democratically-elected Morsi more than three months ago following mass protests against his presidency. 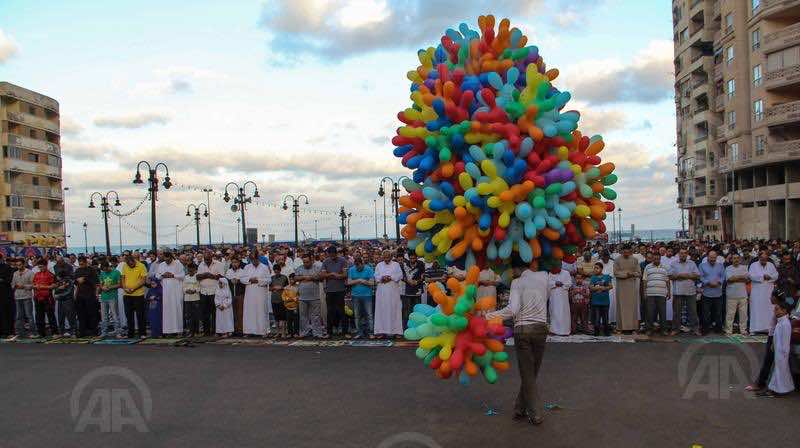 CAIRO – Egypt has been in a state of turmoil since the country’s military ousted democratically-elected Morsi more than three months ago following mass protests against his presidency.

Political divisions have cast a pall on Egyptian celebrations of the Islamic Eid al-Adha feast amid ongoing rallies by both supporters and opponents of ousted president Mohamed Morsi.

Rival protesters almost came to blows before curators of the mosque intervened to defuse the situation.

Pro-democracy demonstrators also staged Tuesday rallies in Giza, where they shouted chants against the army and police.

Rallies were also staged by the ousted president’s supporters in the southern provinces of Minya and Beni Sueif following Eid prayers.

Pro-Morsi demonstrators also staged rallies in the Nile Delta Sharqiya province – including one in Al-Adwa village, Morsi’s hometown – and the canal provinces of Suez and Ismailia.

The coastal city of Alexandria, meanwhile, saw rival protests staged by both supporters and opponents of the deposed president.

A pro-army rally was staged in the Nile Delta Menoufiya province, where demonstrators launched a petition campaign in support of a presidential bid by Defense Minister Abdel-Fattah al-Sisi, who is widely perceived as the architect of Morsi’s July 3 ouster.

Egypt has been in a state of turmoil since the country’s military establishment ousted democratically-elected Morsi more than three months ago following mass protests against his presidency.