NEW YORK CITY - A Libyan Al-Qaeda suspect is to be arraigned in New York on Tuesday in connection with the 1998 bombings of two US embassies in East Africa that killed 224 people. 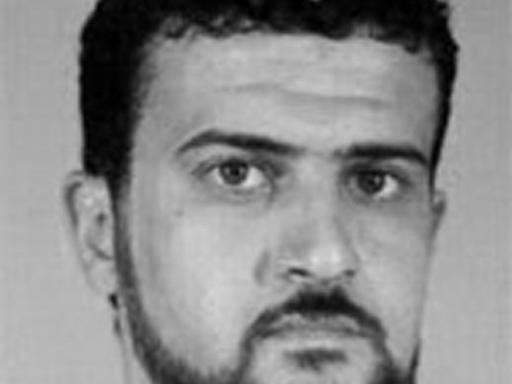 NEW YORK CITY – A Libyan Al-Qaeda suspect is to be arraigned in New York on Tuesday in connection with the 1998 bombings of two US embassies in East Africa that killed 224 people.

Anas al-Libi was snatched from the streets of the Libyan capital Tripoli by US commandoes on October 5 and brought to New York at the weekend for trial.

He was indicted in 2000 in connection with the 1998 bombings which were claimed by Al-Qaeda, in a precursor to the 9/11 attacks on the United States in 2001.

Court officials said Libi would be presented before Judge Kaplan at 12:45 (1645 GMT) and arraigned over the embassy bombings in Kenya and Tanzania.

A near simultaneous truck bomb outside the US mission in Tanzania killed 11 people and wounded 70 more.

Libi, a computer expert, was on the FBI’s most wanted list with a $5 million price on his head for his presumed role in helping to scope out targets in Kenya.

The married father-of-four is accused of conspiracy to murder, kidnap and maim Americans and of plotting to maliciously damage and destroy US property.

The 49-year-old initially was held and interrogated on the USS San Antonio, an amphibious American transport ship in the Mediterranean.

But US television network CBS reported that his questioning was cut short and he was brought to New York after he started to refuse food and water.

The New York indictment of him and 20 other presumed Al-Qaeda lieutenants in 2000 lists him in direct connection to the US embassy bombing in Kenya.

It accuses Libi in 1993 of discussing possible attacks against the US embassy in Nairobi, and of surveilling the diplomatic mission.

In or around 1994, it says, he received files concerning possible terrorist attacks against the embassy, the US Agency for International Development, and British, French and Israeli targets in Nairobi.

US President Barack Obama said last week Libi “planned and helped to execute a plot that killed hundreds of people, a whole lot of Americans.”

“We have strong evidence of that. And he will be brought to justice,” Obama added.

Libi’s capture embarrassed Libya and put it under pressure from its critics, notably former rebel groups from the 2011 revolt that ousted leader Moamer Kadhafi.

Washington has refused to say whether it sought permission from Libya’s government for the operation, or whether it gave advance notice of the raid.

But the US government insists it was legal under US law.

Born in Tripoli, Libi belonged in 1990 to the Islamist Libyan Islamic Fighting Group which tried to topple the Kadhafi regime and establish an Islamic state.

After a Libyan crackdown, Libi fled to Sudan, joining Al-Qaeda, where he climbed the ranks because of his IT expertise.

He traveled to Afghanistan and Yemen before being granted political asylum in Britain.

When he was indicted in the United States he fled again, finding shelter in Afghanistan and Pakistan.

He is believed to have returned to Libya at the beginning of the uprising against Kadhafi, battling alongside rebels seeking to topple the dictator.

One of his sons was killed by Kadhafi loyalists during the battle for Tripoli in October 2011, according to a source close to Libi.

When he was captured by the Americans, he did not have a job and had left the house only to go to the mosque.