Iran said Tuesday that its proposal to unblock talks with world powers on its controversial nuclear programme had earned a good response, but declined to reveal what was on the table. 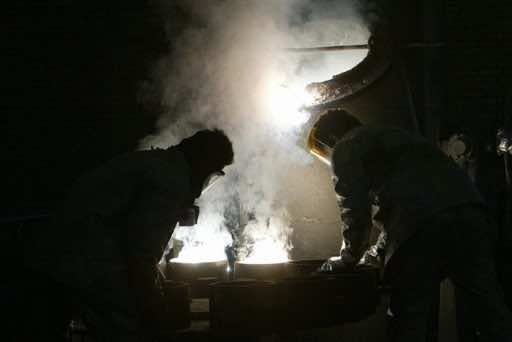 Iran said Tuesday that its proposal to unblock talks with world powers on its controversial nuclear programme had earned a good response, but declined to reveal what was on the table.

“We presented our proposals in a very positive environment and the reaction was good,” senior Iranian negotiator Abbas Aragchi said after an hour-long PowerPoint presentation by Foreign Minister Mohammad Javad Zarif and his team.

“The climate of the meeting was very good and very constructive. The proposal that we have introduced has the capacity to make a breakthrough in the negotiations,” Aragchi told reporters.

“We are very serious. We are not here symbolically, to waste our time. We are serious for target-oriented negotiations,” he added.

Aragchi said that all sides had agreed not to reveal any details of the proposal for the moment.

Iran’s meeting with the European Union-chaired P5+1 group — the United States, Britain, France, China and Russia, plus Germany — ends a six-month hiatus over the Islamic republic’s refusal to curb uranium enrichment in exchange for the easing of punishing international sanctions.

It is also seen as a test for the administration of new President Hassan Rouhani, who took office in August pledging transparency on the nuclear programme and engagement to eventually lift the international trade embargo that is strangling Iran’s economy.

In another sign of the new mood in the often-tense nuclear talks, Iran’s team for the first time delivered its presentation in English, officials said.